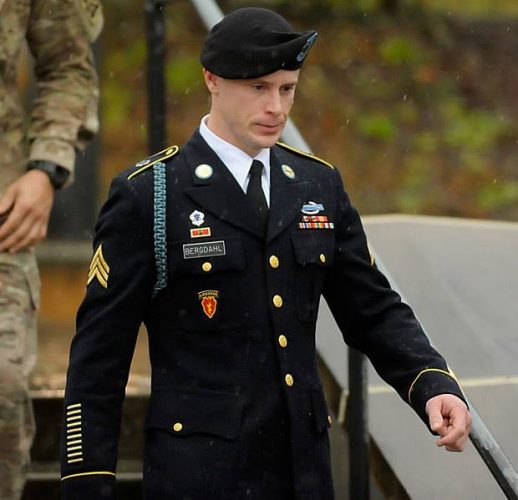 Army Sgt. Bowe Bergdahl–held captive for five years after being captured by the Taliban in Afghanistan–has requested a pardon from President Obama.

“According to a well-placed source, Bergdahl thanked the president for rescuing him in May 2014 in a controversial exchange for five Taliban prisoners from Gitmo, in addition to asking for a pardon in the letter.

The Secretary of the Army was copied on the letter to the president, but the pardon was not formally requested through the military chain of command.

A Justice Department official confirms that it received a pardon petition from Bergdahl. Pentagon and White House officials would not immediately respond for comment.

Bergdahl’s pardon letter was sent to the president via the Department of Justice, officials said. There was no immediate comment from DOJ.

Reached by phone, Eugene R. Fidell, the attorney representing Sgt. Bergdahl, would not comment on the letter.

Last month, Sgt. Bergdahl’s court-martial trial was delayed for a second time and will now begin May 15 at Fort Bragg, NC.”

Bergdahl faces charges of desertion and misbehavior before the enemy and could face up to life in prison.