The latest WikiLeaks dump reveals Team Clinton boasting about hiding Hillary for months and still getting positive stories from the media. 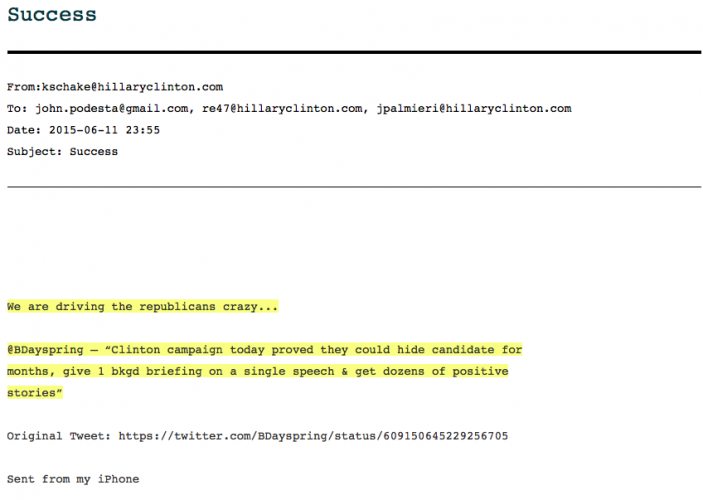 Hillary Clinton believes she is going to finally break that ‘glass ceiling’ to become the first female president of the United States. She may very well still win.

However, one thing for certain–is that she is the very first presidential candidate to enter election day while under FBI investigation. That’s really not something in which to brag.

Poll: American Public Overwhelmingly Thinks Media Is in the Tank for Hillary Clinton