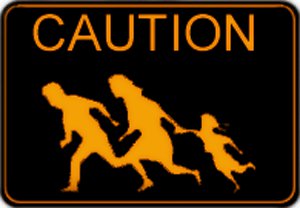 The state trooper was hit about 1 p.m. Friday while on foot patrol with the Border Patrol agent in Fronton, on the border about 105 miles upstream from Brownsville. A U.S. Customs and Border Protection statement says the federal agent also was hit but was protected by body armor.

The trooper, whose identity hasn’t been released, was in stable condition at a McAllen hospital.

Hernandez says it’s unclear who was involved in the gunfight.”