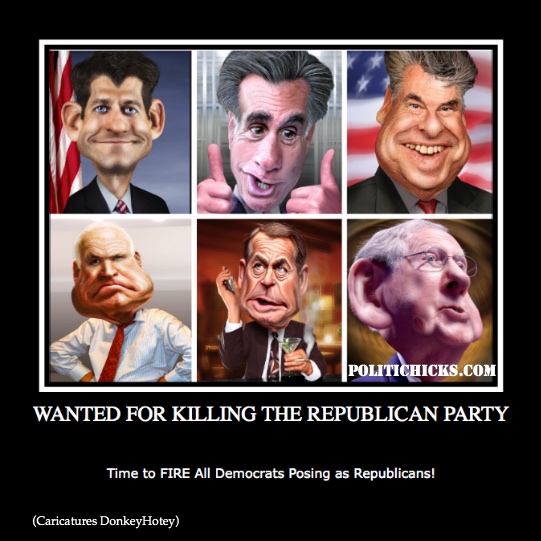 Fifty years from now, when historians discuss the 2016 presidential election cycle, what will be the most talked about aspect of it all? Well, depending on who comes out on top, will it be the election of America’s first female president, the election of someone who has not spent their life being a politician, or will it be the stark obvious division of a nation along racial, gender, economic, and class lines? Perhaps the best bet will be the relegation of conservatism to the role of second class oddball ideology, and the official end of the very people and practice that put it there, mainstream liberal journalists and media.

On a recent episode of “The O’Reilly Factor” on the Fox News Channel, Comedian Dennis Miller, who readily admits to being a liberal in his younger “Saturday Night Live” days (but is now an older, wiser version with a decidedly conservative/libertarian leaning), said to host Bill O’Reilly that he believes that “the ship has sailed” in regards to conservatism in America, that the country has swung too far left to swing back. Granted this may just be one man’s opinion. But is he right? And if so, how did it happen? Who is to blame?

Conservatives have long held the opinion that the mainstream media is hopelessly liberal. Gone are the days when Americans would turn on their TVs to get their nightly news from journalistic icons such as Edward R. Murrow or Walter Cronkite. Both men no doubt had political ideology and opinion, Cronkite in his later years revealed his liberal leanings. But when the cameras were rolling, no one knew those views. They simply reported the news. With the advent of conservative media, those on the right have had their suspicions confirmed in a big way and then some. Most of these suspicions have been confirmed by recent Wikileaks document dumps showing concrete evidence of collusion that goes from mainstream media, to the Clinton campaign all the way to the White House.

The Media is most definitely a “person of interest”. There may not room here to list all of the possible suspects, but a few of the standouts could be in addition to the media, a collection of spineless Republicans in Washington D.C. who say they are conservatives but stab them in the back at every turn. Is that to retain power and influence? Possibly, once people are elected and get to D.C. there seems to be no difference in Party affiliation when it comes to gaining those things. As soon as Republicans darkened the doorway of Capitol Hill, they made it clear that they would not stand in the way of the Obama administration. After all, who wants to be responsible for possibly impeaching the first black president and being branded a racist for the rest of what would most certainly be your cushy but very short political career? Standing up for conservative principles doesn’t get you into the right cocktail parties.

The great Andrew Breitbart once said that, “politics is downstream from culture”. Nothing could be truer, especially in America. Media is responsible for shaping the culture, and if the media is hopelessly liberal, well, you do the math. They have the power to take the most sacred of American institutions, traditionally upheld by conservatives and label them racist, insensitive, mean, pick an adjective, and if they repeat it often enough and come up with enough manufactured evidence to back it up, what you have is societal norms that become the opposite of what they have always been. The Left leaning media learned early on that if they can paint the group seen as most often upholding those institutions, in most cases conservatives with those same adjectives, the culture quickly turns on them and hops on the anti-American bandwagon. Another aspect of this is to paint being conservative as “not cool”, “not hip”. Who wants to be seen as uncool and unhip, especially if you are under 30? It is a pretty powerful draw to the Left. Fortunately, groups like Young Republicans are growing in strength and numbers every day.

The shaking up of the Republican Party and even conservatism in general will not end on November 9, quite the opposite, the real upheaval begins on that day. It remains to be seen just how severe it will be, and if a new ship is christened and sets sail.

Tuesday’s Election Is About the Future of America