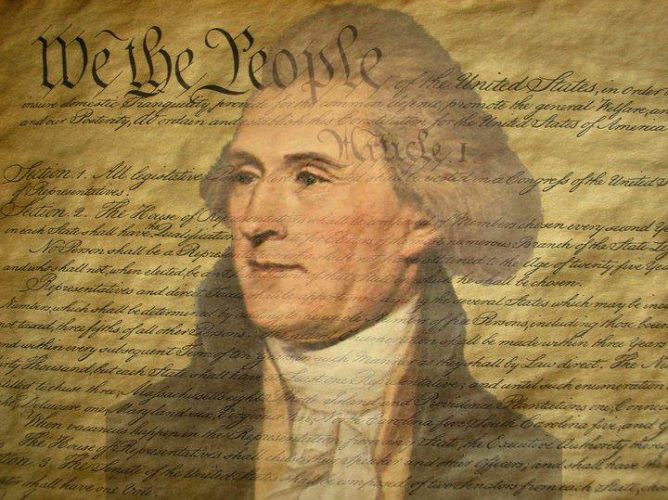 Just when we thought the era of political correctness could possibly be coming to an end, we learn that the president of the university founded by Thomas Jefferson –is being asked to stop quoting Thomas Jefferson–because well, even the thought of our nation’s third president and the author of the Declaration of Independence is just ‘too offensive’ for certain cupcakes at the school.

“A Friday letter signed by 469 students and professors objected to University of Virginia President Teresa Sullivan quoting the third U.S. president and Declaration of Independence author in a campus email because Jefferson owned slaves, The Cavalier Daily reported.

“I think that Jefferson is often celebrated for his accomplishments with little or no acknowledgement of the atrocities he committed against hundreds of human beings,” said Asst. Psychology Prof. Noelle Hurd, who drafted the letter.

Though Jefferson penned the line “all men are created equal,” Hurd said Jefferson’s words “communicated to me a message of exclusion.”

The trouble started for Sullivan due to a Nov. 9 email she sent to try to urge unity following the presidential election.

“Thomas Jefferson wrote to a friend that University of Virginia students ‘are not of ordinary significance only: they are exactly the persons who are to succeed to the government of our country, and to rule its future enmities, its friendships and fortunes,’” Sullivan wrote. “I encourage today’s U. Va students to embrace that responsibility.”

The student-professor response acknowledged that Jefferson’s legacy had inspired some students and faculty to come to the University, however, “others of us came here in spite of it.”
Politics Prof. Lawrie Balfour, who signed the letter, said Jefferson’s words have often troubled her during her 15-year tenure at the University.

“Again and again, I have found that at moments when the community needs reassurance and Jefferson appears, it undoes I think the really important work the administrators and others are trying to do,” Balfour said. 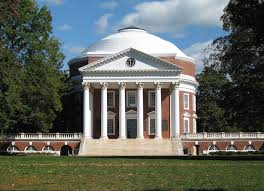 The Cavalier Daily could not immediately reach Sullivan for comment.

Jefferson, who also served as a U.S. vice president and secretary of state, founded the University of Virginia in 1819 and was involved with the University until his death in 1826.”

How do people who are ‘uncomfortable’ with certain parts of our American history think they are going to be able to handle the real world?

The rest of hard-working America is laughing at you.

Dionne Alexander to Liberals: You're the Reason Donald Trump Won the Election