President Obama, speaking at a press conference in Germany on Thursday, passed up the opportunity to calm the anti-Donald Trump protests and riots back home. Instead, he urged those taking part not to remain “silent.”

Protests have sparked in cities across the country since Trump’s upset victory last Tuesday. Some have been peaceful, but there have been incidents of violence — and a demonstration last Thursday in Portland escalated into a destructive riot. 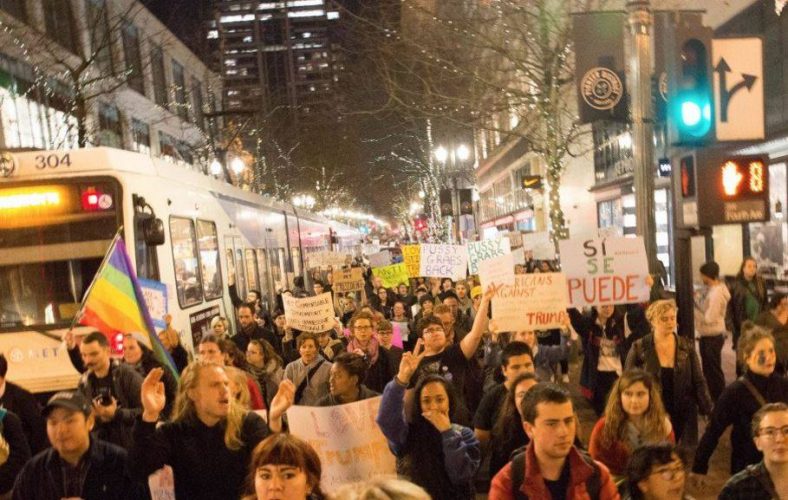 In Portland, protesters blocked traffic, shut down roads, attacked bystanders, vandalized property, smashed windows, vandalized cars, and attempted to assault police officers. Oddly, many of anti-Trump protesters who were arrested admitted that they did not even vote in the 2016 election.

Trump’s campaign manager Kellyanne Conway repeatedly has called for Obama to speak out on the unrest.