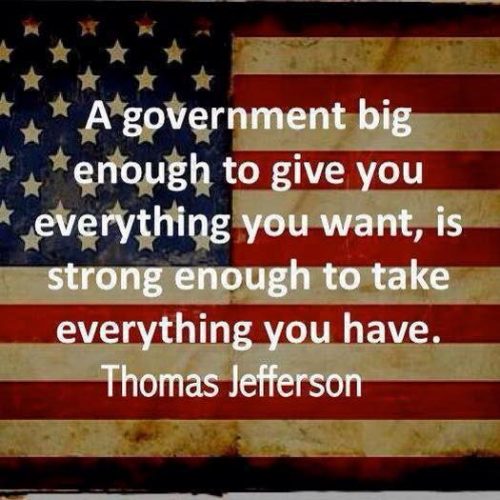 The 1960’s Commie Radicals did not get the revolution they so greatly desired back then. So, they traded in their bell bottoms for suits & ties and infiltrated places like the media, entertainment and academia– with the goal to indoctrinate our Youth.
As a result, we’ve got an entire generation that does not understand the true horrors of communism. Many have not ever learned that 100 million people were killed in its wake (between the Soviet Union and Mao’s China). Many do not know how many souls suffered under a ruthless and suffocating communist dictatorship.
Instead, they are taught that they can have their “free stuff” and still have their freedom, too…which is a BIG FAT LIE!
Under communism, the government is the only god, the giver of all blessings, solver of all problems, the dispenser of justice and mercy, and the source of civilization’s progress. But the only “progress” that actually occurs–is the progression from freedom to slavery.
The spiritual core of –communism (AKA “progressivism”), Marxism, and socialism–is RAW ENVY. But we don’t hear mention in the media or many lectures in academia (or even church sermons) about the subject of envy these days, do we?

“The Victims of Communism Memorial Foundation, citing survey results released on Monday, blames widespread ignorance for the relatively positive views millennials have toward socialism and communism.

Of the 2,300 Americans polled by YouGov, 80% of baby boomers and 91% of the elderly agree with the statement that “communism was and still is a problem” in the world today. Millennials? Only 55%.

Furthermore, almost half of Americans between the ages of 16 and 20 said they would vote for a socialist, while 21% would go so far as to back a communist. 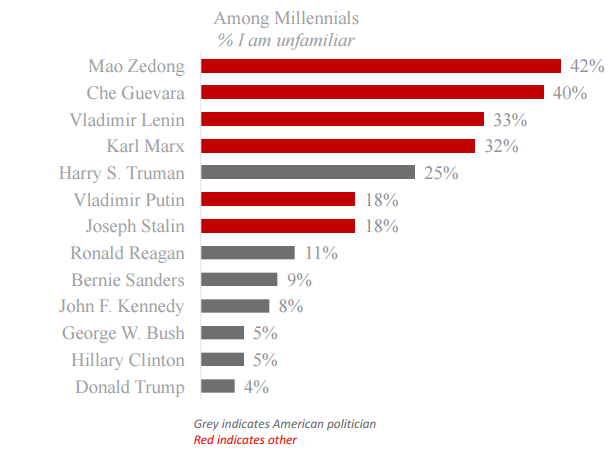 Capitalism, on the other hand, is viewed favorably by 64% of those over the age of 65, compared with only 42% of millennials.
In fact, more than half of millennials say the economic system works against them, while four out of 10 call for a “complete change” to ensure that the highest earners pay their fair share.

There’s a lack of historical perspective, according to the foundation, that the survey showed among a big chunk of the younger generation. For instance, a third of millennials say they believe more people were killed under George W. Bush than Joseph Stalin.

“One of the concerns [the foundation] has had since its establishment is that an emerging generation of Americans has little understanding of the collectivist system and its dark history,” said Marion Smith, executive director of the organization. “Unfortunately, this report, which we intend to release on an annual basis, confirms this worrisome impression.”