November 8th  of 2016, history was made. Despite the predictions of polls, the news media, Democrats, and even some Republicans,  Donald Trump scored a momentous upset victory against Hillary Clinton, winning an election that many at one time thought the Democrats had in the bag. In the immediate aftermath, most onlookers were shocked – they did not think Trump’s win to have been possible. But talk quickly shifted from disbelief to wonderment, and the question that it turned out was on nearly everyone’s minds: How, exactly, did this happen? 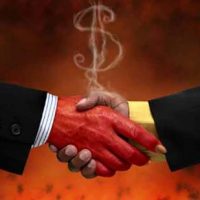 American people leading up to the election. Quite frankly, Americans are tired of politics as usual, full of professional politicians who talk the talk and sold their souls – their integrity, their honesty, their honor –  long ago for power and fame. People are also tired of excessively progressive politics, promoting notions of open borders (to the detriment of national security), free trade (to the detriment of American workers), and an almost paternal interest in the well being of other nations (to the detriment of issues that need to be addressed at home). Americans want to put America first. They want to secure the borders, look out for workers in this country, and be more concerned about the US than the affairs of other nations that, ultimately, need to take care of themselves.

There’s also another question that’s been raised by this election, beyond the “how?” of Trump’s victory. Now that he’s won, what does it mean for the future, both here and around the world?

For one thing, it’s another nail in the coffin of the “establishment” – the will and rule of the wealthy, powerful people accustomed to calling all the shots. We first saw hints of this emerging attitude in the UK with the history “Brexit” vote, when everyone thought the nation would stay in the EU, and the people in charge were strongly calling for that results, but in spite of it all, the British people voted to leave. It’s like that with Donald Trump. The establishment has hated him from day one, and not just the establishment in the Democratic Party. Republicans mobilized an array of dirty tricks to attempt to keep him from securing the party’s nomination during the primaries, to no avail, and when he became the nominee, many prominent Republicans denounced him or refused to endorse him. All of their pouting was for nothing, and as much of a shock as it must be to people so used to getting their own way, Trump will soon be our President. For this sort of thing to happen on both sides of the Atlantic, in such relatively short time, indicates that the establishment’s power in general is waning.

With Trump in the White House, we can also expect to see an America that looks after itself before all other business – and that is already making other countries nervous. The global stock market panicked when Trump was elected, with many investors selling their portfolios for fear of an economic downturn. After news of Trump’s victory was reported, Iran frantically came out to insist that a President Trump could not ignore the infamous nuclear deal struck with that nation. And Mexico, whom Trump promised to make pay for a wall along the US border with them, is understandably nervous as well.

All in all, there is a great deal of uncertainty around the world in response to Trump’s election. His arrival in power could foreshadow a radically different foreign policy that could upset the established norms the US currently has with other powers. It will be some time before the final form of the new American foreign policy can be seen, and its implications understood.