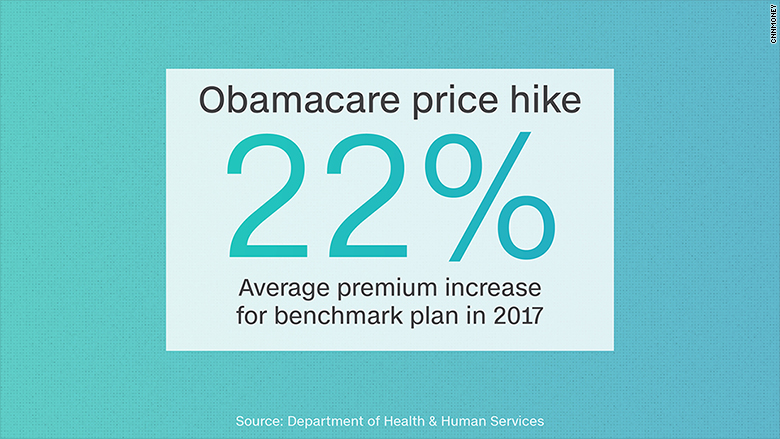 Obamacare premiums are set to skyrocket an average of 22% for the benchmark silver plan in 2017, according to a government report released Monday.

The price hike is the latest blow to Obamacare. Insurers are raising prices and downsizing their presence on the exchanges as they try to stem losses from sicker-than-anticipated customers. Enrollment for 2017 will be closely watched since insurers want to see younger and healthier consumers enroll.
The benchmark silver plan — upon which federal subsidies are based — will cost an average of $296 a month next year. That figure is based on prices for a 27-year-old enrollee in the 39 states that use the federal healthcare.gov exchange, plus the four states and Washington D.C. that have their own exchanges.

To read more, go to CNN