“The Presidential Medal of Freedom is “presented to individuals who have made especially meritorious contributions to the security or national interests of the United States, to world peace, or to cultural or other significant public or private endeavors,” and Obama apparently believes dedicating one’s life to promoting abortion is a part of that list. 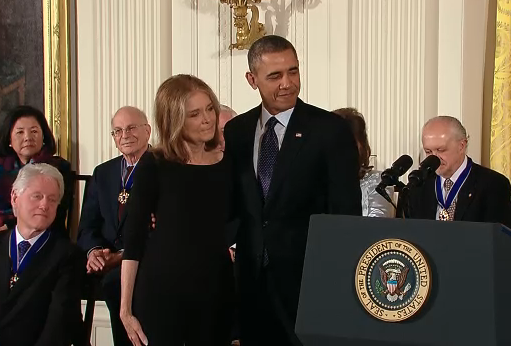 In announcing the award, Obama said, “The Presidential Medal of Freedom goes to men and women who have dedicated their own lives to enriching ours. This year’s honorees have been blessed with extraordinary talent, but what sets them apart is their gift for sharing that talent with the world. It will be my honor to present them with a token of our nation’s gratitude.”

Yes, President Obama gives the Presidential Medal of Freedom to a woman who thinks women need to kill their own children more than they need breast screenings. How sad.