On Friday, Nov. 11, movie director Paul Schrader (“Dog Eat Dog”) posted a ‘call to violence’ on his Facebook page.  The post has apparently been reported to Facebook and taken down but PolitiChicks grabbed screenshots of everything.

Some of the comments were equally disturbing, including one of his friends who wrote, “the electoral map needs to swallow geysers of blood and choke on it”: 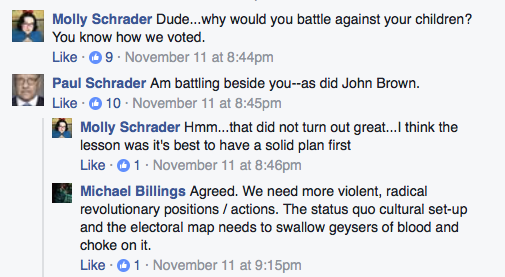 While a few commenters seemed hesitant about resorting to violence, most of them simply went along with it, calling for the need to be better organized first.  (The song referenced is a revolutionary song created for a 1970 Chilean election leading up to a coup.) 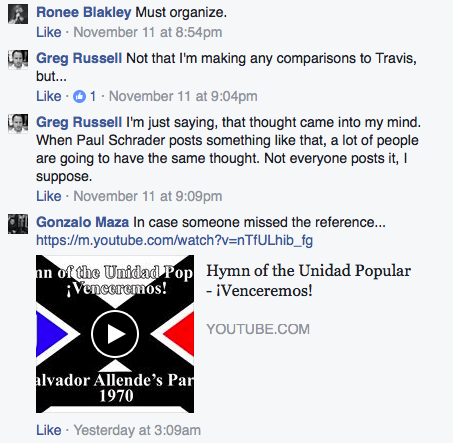 Others strangely compared their call to violence with the Tea Party: 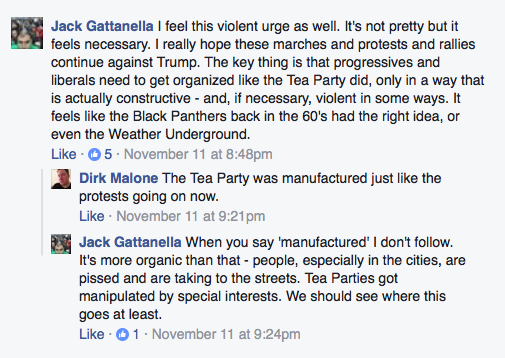 Another said he didn’t own a gun “but this is exactly why I have always been against gun control as a lifelong liberal.” 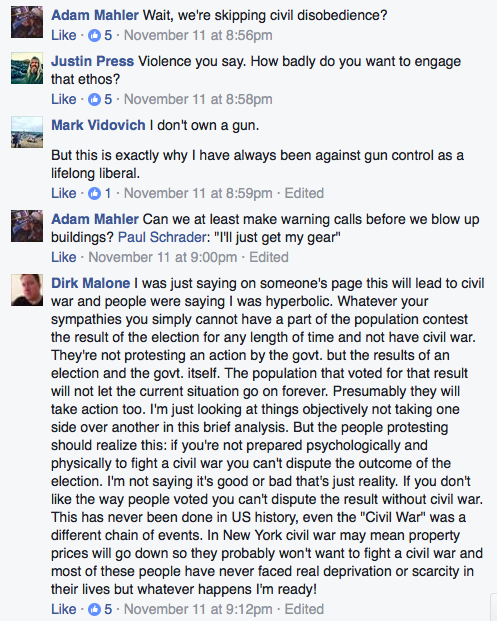 Another discussed buying a gun for the first time but keeping it a secret from his wife: 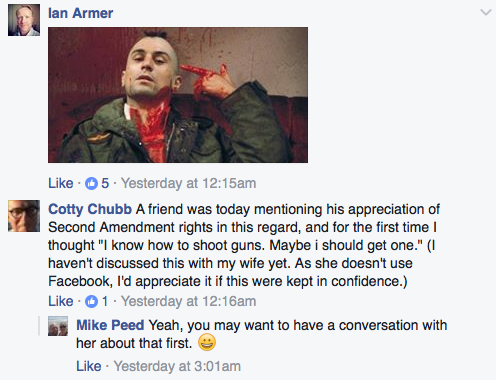 One person tried to reason with Paul, encouraging people to do things like donate to Planned Parenthood instead: 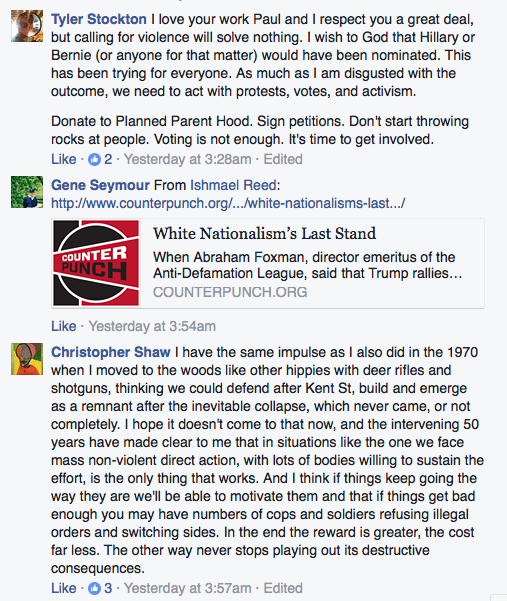 Then the discussion led to “white nationalism” and using taking back “Wall Street money”: 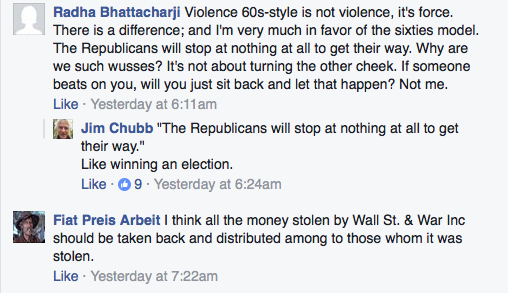 When questioned about radicalism of the 1960’s, Schrader posted, “I think this will evolve differently. We are now are the verge of something different than radical dissent. Something closer to civil war.” 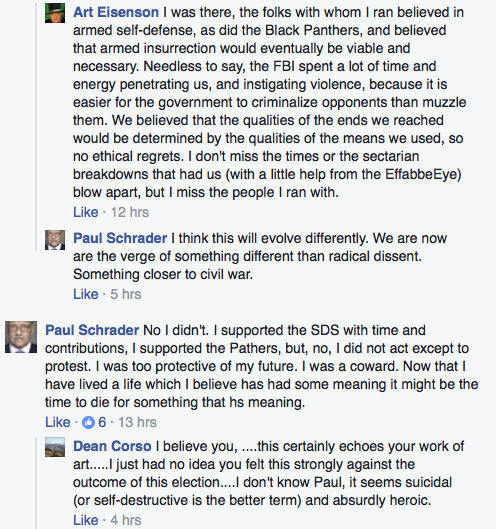 In the end, Paul Schrader had “second thoughts” about his call to violence, switching to a post about climate change: 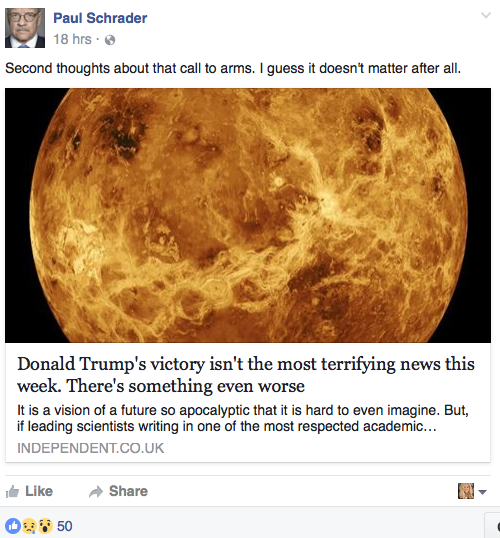 Daniel Greenfield: Election 2048 - Under the Peace of Islam