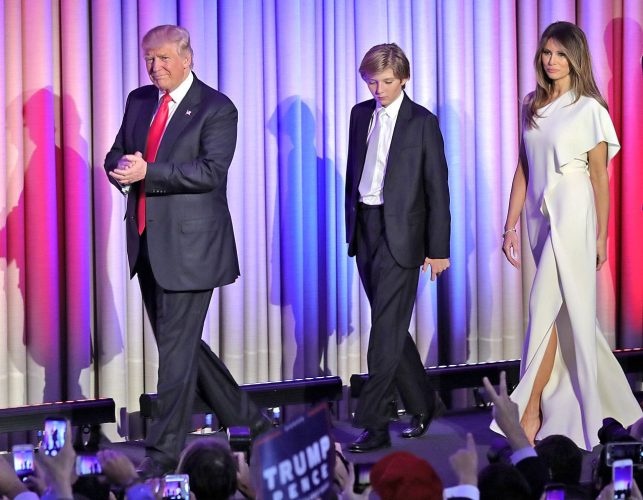 Future First Lady Melania Trump and son Barron will not be moving to the White House after Donald Trump’s inauguration in January.

“The president-elect’s 46-year-old wife and their 10-year-old son are staying put at the family’s glitzy Trump Tower penthouse so that Barron can continue attending his Upper West Side private school, sources told The Post.

“Melania is extremely close to Barron, and they have become closer during the campaign,” said a source close to Trump’s transition team. “The campaign has been difficult for Barron, and she is really hoping to keep disruption to a minimum.”

Another source said Melania Trump will travel to the White House as needed, but that her primary focus is on Barron.

“Melania is very supportive of her husband and is fully on board of doing everything that’s needed as first lady,” said the second source familiar with the Trump transition.

That source said also that there is a possibility that Melania and Barron may move to the White House at the end of the school year, but no plans are in place.”