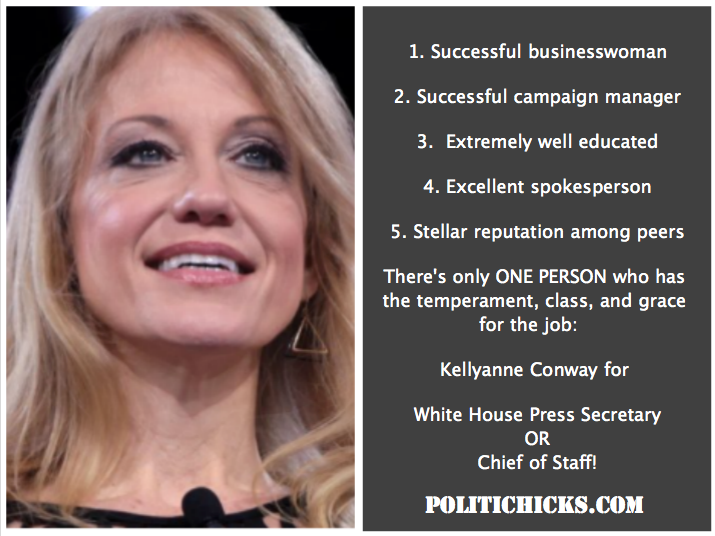 It looks like a woman did shatter a glass ceiling in this presidential election after all.

Kellyanne Conway, Donald Trump’s 49-year-old campaign manager, will go down in history as the very first woman to ever manage a successful presidential campaign.

The veteran Republican pollster and mother of four became Trump’s campaign manager in late August, shortly after her predecessor, Paul Manafort, resigned from the post.

From the moment she was placed in command of Trump’s campaign to the final 72 hours of the election, Conway seemed to possess an acute understanding of how to guide the blustery billionaire toward discipline and his eventual success.

Toward the end of the election, Conway told reporters that she never hesitated to air her frustrations when Trump would wander off message or land himself at the center of controversy after making some outlandish remark.