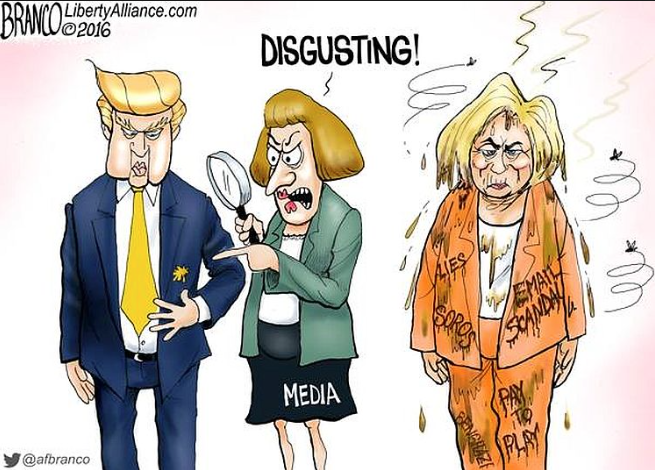 Once upon a time, in a country that often seems far far away, a noble profession once existed. The people who practiced this profession, who were a part of it cared deeply about it. They demanded of themselves and each other high standards. They expected honesty, integrity, credibility, to be able to look each oth18er in the eye and themselves in the mirror and know that they had done the best job they could. Such ideals and values once carried a great deal of weight in America, not for this particular profession, but for anything Americans engaged in. But sadly, like buggy and musket manufacturers, this industry is dying a slow agonizing death, and it seems that the people once employed in this industry show no interest in adapting to anything new and improved. That profession is Journalism.

Journalism is the only profession that is mentioned and protected in the Constitution. The Founding Fathers knew the sacred spot free speech and freedom of the press occupied in the new Republic. They made sure that speech, both spoken and written had in present day vernacular, a safe space. Journalists have always been the most passionate among us in wanting to know what, where, why, how, and when. It is why they do what they do.

We may have gotten a glimpse of the impending death of Journalism as far back as 2008 when the media, in all of its forms slobbered and stumbled over themselves to impart to Americans the Messiah status of an unknown named Barack Obama. Anyone who wished to even remotely practice the basic fundamentals of Journalism and dig into just exactly who this up and comer from Illinois was was promptly branded a racist and anything else that would discourage them from actually asking questions and doing anything else that might masquerade as journalism.

Conservatives have for a long time suspected most journalists and others in media leaned left. Along with Academia, studies had been done on the voting and political donating patterns among certain groups. Liberal college professors outnumbered conservatives by 12:1. Mainstream media journalists donated to liberal and democrat candidates and causes to the tune of 96% over Republican interests.

But this year, all pretenses of impartiality and non-bias quickly disappeared, transparency was non-existent, and all bets were off. The mainstream media for the first time went politically commando, and they were loving every minute of it.

Thanks to outlets like Wikileaks, emails from some of America’s top newsrooms revealed all out collusion between themselves, the Clinton campaign, and the Democrat National Committee. There were journalists giving Clinton final approval on quotes and any stories they might write about her. There was interim DNC Chair Donna Brazille, a former CNN contributor being fed primary debate questions from her former colleagues. Most mainstream media outlets on their evening news shows could not pencil in stories into the show roster on Hillary Clinton and her home brew server that she lied about sending and receiving classified information on, but could devote almost the entire broadcasts to such things as women coming forth with thirty year old allegations of inappropriate behavior by Trump. Most of these women got their fifteen minutes of fame and their stories were quickly debunked. But don’t hold your breath waiting to hear that on the alphabet networks.

America’s news media launched an entire separate wing of the Clinton campaign and the Democrat Party. They eagerly fed the nation any and all propaganda thinly described as news whenever it was needed. An August 6 column by New York Times Columnist Jim Rutenberg even went so far as to try to justify slanted coverage of Trump in the mainstream media. Why, because Trump was not a “normal” candidate.

The behavior by the American mainstream press is, to say the least, unacceptable, vile, contemptable, and should make every conservative feel vindicated that their suspicions were beyond correct. What’s worse, no one seems to be ashamed or even slightly regretting their atrocious actions. All in a day’s work if you are an east coast based journalist. And in what appears to be more and more of the liberal mindset, win at all costs, the ends justify the means.

Will the media suddenly have a collective epiphany and beg forgiveness of average Americans they feel are just too stupid because they live in a part of the country where people still have values and are therefore are just too dense to grasp their high intellect and superiority? Doubtful. They are out there for all to see and obviously they just don’t care anymore about things like objectivity and fairness.

And with Republicans running the show in Washington D.C., the behavior is not going to get any better any time soon.