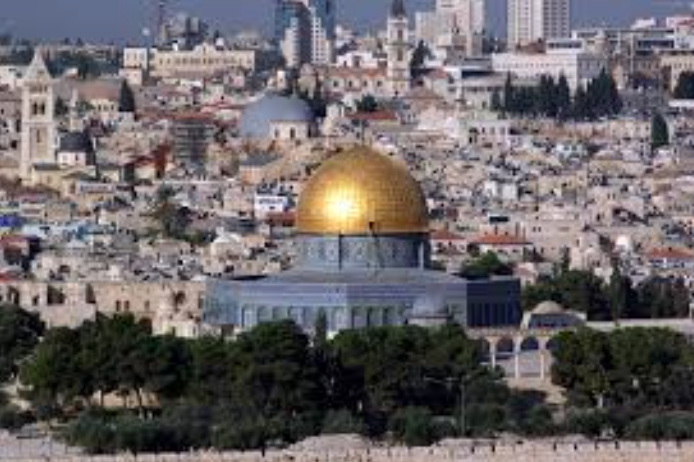 The United States has a new President, Donald Trump. One of his promises to the Jewish people and to the state of Israel is to move the U.S. Embassy to Jerusalem, the capital of Israel.

And I say, why not? Being a friend of Israel is not always about sending billions of dollars for military aid. A friend of Israel recognizes the culture, the history, and the people and will stand up for her. What better way to be a friend is to acknowledge Jerusalem as the undivided capital of the Holy Land, as God intended it to be.

Israel has went through a tough year as a nation, dealing with radical Islamic terror attacks, President Obama trying to force a two state solution and the UNESCO stating that there are no Jewish ties to Jerusalem, to the Western Wall and the Temple Mount. What a break for our people finally a true ally who recognizes us as a people and the fact that we are intertwined with the land.

What better way to repair the United States and Israel relations by making this move. This relationship of President Obama and Prime Minister Netanyahu has had its ups and downs and the tension was thick because we knew Obama’s intension were not good.   There has already been comments regarding this move from the Palestinian authority but I hope President Trump will ignore them and follow through, well for one they don’t have the right to say what goes on with the U.S. embassy as well as Jerusalem.

I personally believe the verse in Genesis is true “Bless those who bless you and curse those who curse you.” The sages teach us that the you refer to the land of Israel, and by moving the U.S. embassy to Jerusalem shows the recognition of the capital of Israel and acknowledges Israel as the Jewish state, which in a long run will bless President Trump and the United States of America.

Politicians Sold their Souls for Power and Fame