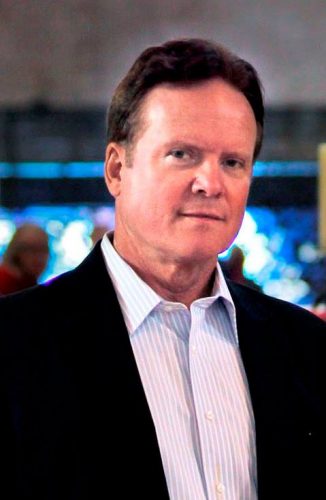 Former Virginia Senator and 2016 Democratic candidate Jim Webb (D) sat down with Fox News’ Tucker Carlson on Tuesday night to break down the reasons he thought that Democrats had lost — and it all had to do with a changing base:

“The base of the Democratic party used to be working people, regardless of race, ethnic, or ethnic identity, sexual orientation, et cetera. That was a Roosevelt agenda. That was the Truman agenda.

Over time, and I think particularly over the last eight years, the Democratic Party has moved into interest group politics and in many cases white working people have become the whipping post, or were.

I think what you saw in this election here is white working people in these rural areas seeing that someone actually was articulating the fact that they had become disenfranchised and they gravitated toward Trump in my view.”

And he noted that although the results of that change were more keenly felt in this election, it had been a long time coming:

“What I think has happened, I mention in there from the Immigration Act of 1965 forward, the ethnic and racial makeup of the country has dramatically changed, but the laws with respect to affirmative action and diversity have not.

I mean, the laws were originally designed to help African Americans move away from what they call the badges of slavery. It was the 13th Amendment, a slavery amendment — it expanded to the point where it’s anybody who doesn’t happen to be white was included in these diversity programs. And you see a natural reaction.

You know, I mentioned Clay County, Kentucky, the poorest county in America, is 94% white, and wouldn’t — if you were in that county with 40 percent poverty rate — wouldn’t you think this is reverse discrimination?

Years ago they were talking about how you get the white working vote, and they put pieces of legislation, rather than what I said to them is, this isn’t that complicated. They don’t align themselves with the Democratic Party because they don’t think Democrats like them.”

Daniel Greenfield: Trump and Obama at the Barbershop