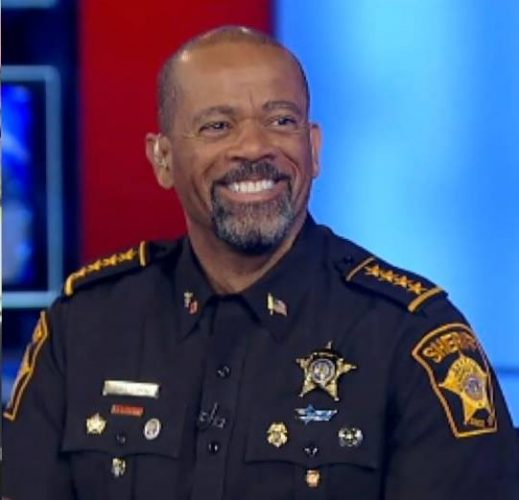 Clarke, who ran for sheriff as a Democrat and has also openly criticized the Black Lives Matter movement, is reportedly in the running to lead the Department of Homeland Security and its 240,000 employees, which also includes immigration enforcement, the U.S. Secret Service, the TSA, and other functions.

Clarke has become a hero in the Conservative movement in recent years for his efforts to reform the criminal justice system.

In a fiery July speech at the Republican National Convention, Clarke brought the crowd to its feet as he chanted “Blue Lives Matter,” a reference to police uniforms. He celebrated the acquittal of a Baltimore police officer in the death of Freddie Gray during the speech.

During the speech, Clarke also stated:

Veterans Protest at Massachusetts College That Removed US Flag