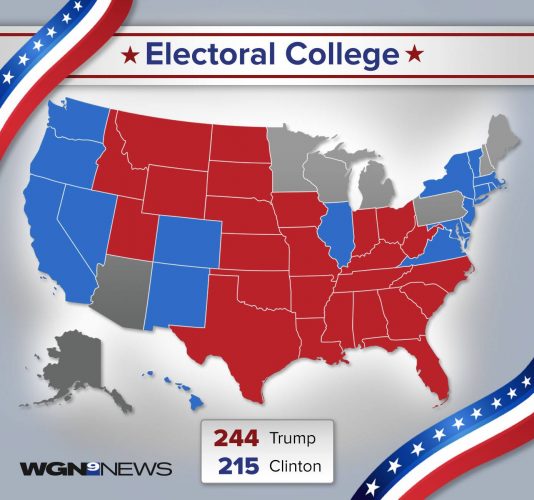 “Such legislation makes a statement after an election that shocked Democrats, but is unlikely to gain traction with Republicans holding control of both chambers of Congress in a lame duck session.

Her bill calls for an amendment to the Constitution that would end the Electoral College system. Should such a thing pass, the amendment would only take effect if ratified by three-fourths of the states within seven years after its passage in the U.S. Congress.

Clinton leads President-elect Donald Trump by nearly 800,000 votes nationally with a final count still pending, but Trump won the most electors in the electoral college system that is how the country actually picks it’s president.

Boxer was a vocal advocate for Clinton throughout the campaign and had said that electing the first female president was on her to-do list before leaving the Senate in January.

This is just the fourth time in U.S. history that a nominee has won the popular vote but lost the Electoral College and thus the presidency. The most recent was Al Gore’s Electoral College loss to George W. Bush in 2000.

“In my lifetime, I have seen two elections where the winner of the general election did not win the popular vote,” Boxer said in a statement. “The Electoral College is an outdated, undemocratic system that does not reflect our modern society, and it needs to change immediately. Every American should be guaranteed that their vote counts.”

Boxer has co-sponsored legislation to repeal the Electoral College before, none of the bills have been considered.”