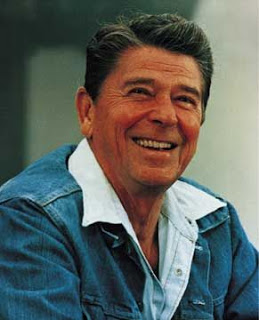 When we celebrate Thanksgiving, after being thankful for family and friends, for health and comfort, for food and shelter; we shouldn’t forget to be thankful for the left.

There is no light without darkness and without evil, the good often fails to find their own voice. It is in the presence of slavery that we remember the worth of freedom. Men and nations are forged in war; not only the war of shell and shot, but the war of ideas. War teaches us to fight for what we have. Wars of ideas teach us to stand up for what we believe.

It is because conservatives are basically hopeful and confident that we are also prone to extremes of despair. Too many us were shocked at the decline of our society because of our great confidence in it. The faith that conservatives have in America makes them vulnerable to being crushed by the latest victory of the left.

I have seen far too much despair and defeatism, too many comments that suggest there is no hope for America and the only thing left to do is pour a glass of wine and watch the sun go down. But those comments testify to how sheltered Americans are from the struggles against tyranny around the world.

Eight years of Obama is bad, but try sixty-nine years of Communism on for size. That’s what generations of Russians had to live through. Ask some of the conservative activists in Europe who have never had any of the freedoms that we still take for granted whether they’ve given up hope. Ask people from countries where criticism of Islam can mean death, whether they’ve given up hope.

There are countless tales of courage over the last century of men and women who did not stop fighting, who did not stop teaching their children so that they would not stop resisting. And those stories have not ended. They continue today in Europe, Asia and South America. And those people would envy the conditions under which we fight, where we can protest without being shot or sent to prison, where we can have a shot at winning elections if we try hard enough.

Where we are, compared to 100 percent of the rest of the world, still free.

We face a hard fight, not only for our freedom, but the freedom of the world. The international left has made America its special project. It knows that if it can extinguish the hope of liberty in this land then it will drive the rest of those who hope for freedom across the ocean deeper into despair. And it wants your despair. It wants you to give up so that the rest of the world gives up too and bows under its chains.

And yet this fight is a glorious one. This fight is our birthright. And we should be thankful for the fight.

It would be more pleasant if there were no Obama or Hillary. If Alinsky had never been born and Marx had never been whelped. It would be nice if we lived in a world where red was just a color and the Democratic Party was a rural movement suspicious of the Federal government and dreaming of an agrarian utopia. But then so would never having to work for a living or getting up out of bed.

Life is challenge and we face all kinds of different challenges. We get up early out of bed in the morning and drive to work. We rise in the middle of the night when the baby cries and we go to the hospital when our loved ones need us there. We do dreary things and terrible things that seem so different from the life we imagined as children. And we do them not only because they are duty, but because these challenges, the daily ones and the once in a lifetime ones, make us who we are. 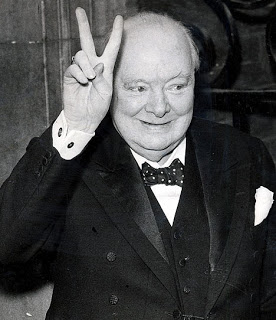 Besides these prosaic challenges, the daily routines and the occasional tragedies, there are uncommon challenges that we face when the foe comes to our gate and demands that we bow and become slaves. This is the challenge that we face as a society, a nation and a people. It demands more of us and it ennobles us. It makes us a great people and a great nation, rather than only another people who seek to live in comfort with no thought for anything else.

Good emerges in response to evil. We need our enemies to remind us of who we are and what we can do when our backs are against the wall. We need evil to remind us of the good that we are capable of. As a whetstone sharpens a sword, so evil sharpens us into a weapon against it. It makes us morally stronger and teaches us the stark truths that we cannot take refuge from evil; we must confront it.

For those of us who believe in the Bible, the Lord created both darkness and light. And if it were not for the darkness, would the light be nearly as precious to us? Imagine a world without sunrise or sunset, where the sight of rays of light clearing away the darkness would have no meaning? And then remember that things are treasured to the extent that they can be taken away from us.

Would we value freedom as much if we did not have to defend it? Would we hold it as dear if we did not fear that it would be taken away? Would we even be aware of what freedom is and what a free people must be if not for the dark hand of those who wish to strip us of those freedoms?

It is the left’s opposition that has added urgency to a hundred issues, from the national debt to the War on Terror to freedom of speech and of religion. It has made us think about those issues, to take them out of the back of our minds and hold them up to the light as a reminder of how important they are and what must be done about them.

The left’s corruptions remind us of the need for purification. As it gathers the worst of all around it, we find ourselves called to be better than we are. As the left works to doom our country, and as we suffer defeat after defeat, these defeats only serve to remind us that we must be better, that we must do more, learn more and become more in order to save our country.

War is the great teacher and this is a political war, short on bodies and heavy on minds, it is a war in which casualties are not taken in the chest or the arm, but in the mind, in reason and emotion, and against these weaknesses, we can and will prevail.

As we fight the left, we become stronger, more dedicated and more purposeful. We become the men and women that we were meant to be.

As you sit around your tables, thinking of all that you have gained and lost this year, remember and be thankful for the left, for though the winter ice gives way to the summer sun and bitter defeat gives way to sweet victory, it is defeat and hardship that teaches better than comfort and ease. We can learn more from our defeats than we ever could from our victories. Our defeats teach us endurance and fortitude, they teach us that defeat can be borne and that its sting can be turned into the weapon that unseats the foe. And our foes make us who we are.

Their evil teaches us to find the good within ourselves. Their strength teaches us to find our own strength. And their plots against what we have teach us how many treasures we have, not least of these being the full value of our freedom and our happiness that they wish to take from us.

Their war on America is teaching us to be better Americans. It may not feel that way right now, but we are privileged to have this opportunity and this fight.