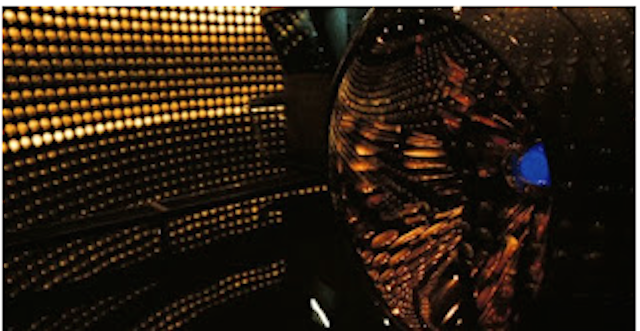 Every quantum leap in mass communications also made possible a vast improvement in propaganda techniques. Nazi and Soviet propaganda looks as crude to us as a Babbage calculating machine. Virtual reality isn’t something that’s coming. It’s here. It’s been here for a while. The potent combination of media budgets and crowdsourced social media distribution has allowed for a previously unparalleled level of propaganda that creates and inhabits its own virtual reality.

There’s a name for that sort of thing. Schizophrenia.

What happens when the schizophrenic media reality collapses when it comes into too sharp of a conflict with reality is the same behavior that schizophrenics exhibit when their perceptions of the world conflict with the real world.

The people venting and rioting and screaming were living in a cozy reality. Everyone in that progressive reality understood that history was on their side, that the majority was with them and that the right was a decaying mass of racists and corporations soon to be swept away by the tide of change.

But this wasn’t reality. It was a carefully constructed narrative that fooled even the people who were building it. It was a virtual world overlaid over the real world. Its narratives were so integrated with the real world that it seemed as if it were real. There were stories and polls. Everyone in their social media bubble, except a few crazy uncles agreed with them. All the celebrities were on board.

And then the holodeck got switched off.

It wasn’t a unique experience. Most Nazis didn’t understand what was happening when the tanks broke through to Berlin. The average Russian wasn’t prepared for the fall of the USSR.

Propaganda is a very effective tool for managing a population. But the trouble with a lie is that sooner or later it falls apart. A narrative isn’t reality. It’s a story we tell. Reality has no story except one shaped by a far higher power than any mere mortal. No ideological victory is permanent.

The ideological narrative of the right side of history imbibed by the left is a delusion. Ideological victories are temporary. Even cultural dominance is a very slippery thing. It is a subtle tool that isn’t much good for the gross kind of control that it wants. A dictatorship like the USSR only lasts for so long. And then it falls and its ideology that everyone was forced to study once is forgotten.

A society can be transformed and changed. But the results of that change will ultimately be non-ideological. The USSR gave way to a totalitarian regime that is uninterested in Marxism-Leninism, but has duplicated everything else from the cult of personality to the secret police to the bribe economy to the pointless efforts at expansionism that waste resources and feed the hatred of its neighbors. The Communists failed to fundamentally transform Russia into their ideological paradise, but they certainly left a huge crater of a non-ideological stamp on it.

Obama has changed America. But the left will find that these changes will be largely non-ideological. Radical change breaks the system. It leaves scars. It crushes civic institutions. That, more than any of the ideological victories, will be the real impact of the Obama years.

The left’s conviction that demographic change will give them ultimate power was always a foolish delusion. Latin America is not an exclusively left-wing domain, though it can sometimes look that way. Barring an overt tyranny, there would always be a right. Its values might have little in common with those of traditional American conservatism, but it would exist even if the left managed to achieve its demographic transformation.

The left’s efforts at absolute power scar societies. That can be easily seen across Asia, Latin America and the territories of the Warsaw Pact. It can also be increasingly seen in the United States.

The level of political polarization continues to rise. There is increasingly no middle ground. The left blames this on Republicans, but historically it’s the left that has abused its power to force change more than the right. Obama taught a master class in simply doing whatever you want because history is on your side. The reaction to that led directly to President Trump. And too much of the left is incapable of the self-awareness needed to grasp this simple fact.

The rules of a society exist for a reason. If you break them, expect everyone else to break them too. And expect that the result will be a society in which those rules no longer matter.

If you walk into a bar and shoot someone… and then get away with it, then the next step is that everyone else will be doing it too. The left is shocked, baffled and angered at the consequences of the violence it has inflicted on American society. It has inhabited the narrative of victimhood so thoroughly that it isn’t aware of the fact that its “change” is a form of violence.

Instead of stopping, the left is doubling down. It is convinced that it can break through if it pushes hard enough. And it’s probably right. But its victories are temporary. The damage is long-lasting.

The left broke through the Bush years with Obama. But it hadn’t grasped that its unprecedented delegitimization of Bush led directly to the Republican delegitimization of Obama. It wasn’t racism that led Republicans to reject Obama as illegitimate. That was part of the comforting narrative that the left told itself. Republicans were reacting to the new rules created by the left.

The right is not free of blame in all this. But it’s reacting to what the left does rather than initiating it. It takes the ball and runs with it further down the field. Then the left runs with it down the field for ten times the distance. And the rest is history and crumbling pillars and great wastelands.

The left won’t win. But it can destroy America. And many of its ideologues hate the country enough that they would consider that a victory. If nothing else, America provided a model that served as a counterweight to the ideal leftist society. Wrecking that model is already an ideological win for the left. The right didn’t have to fix Communist societies. That was a bonus. It just had to wreck them. The left doesn’t have to fix America. It just has to wreck it so that it’s seen as unworkable.

The question though is how many Americans to the left of center really want to be part of such a project. Not many. That is why the media bubble really exists. The narratives exist less for the sake of the center, let alone the right, but to manage the constituency of the left. The narrative is already healing after the shock of the Trump win. Activists are being urged to rally around victim allies and continue fighting until the bitter end. The bitter end being the collapse of everything.

The bubble is a lie. Everything inside it is a lie. It’s a virtual space filled with propaganda as pervasive as anything out of the USSR or North Korea which utterly misrepresents everything to those inside it. The USSR could keep the game going longer because it controlled the vertical space of total power as well as the horizontal space of messaging. The left’s grip on power is shaky. Its grip on messaging is total. And that is where media schizophrenia creeps in.

The media should be panicking over such numbers. But it doesn’t care if 80 or 70 percent of Americans don’t trust them. They are a secondary audience. Its core goal is to manage the beliefs of those who do. They are the revolutionary vanguard. They have to be shaped and directed.

And when they look over the iron curtain and past the media wall, reality no longer fits the narrative. Media schizophrenia kicks in. And they lose their grip on reality and lose their minds.