Looking around, it sure seems like everything is changing nowadays. One of the easiest places to see this is in food – specifically, our dietary habits. I remember when I was growing up, and a good meal – especially for young people – was all about cheeseburgers and french fries, or pizza, or deep fried anything. Now? Some young people still eat those things, but they are almost shamed for doing it. As culture changes, our ears are constantly bruised with assurances that this or that food is unwise and downright dangerous to eat. And it’s not just burgers and pizza, which people have more or less always known weren’t the healthiest possible choices (though they never did quite seem to put us in the grave). Today’s medical research demonizes things once considered wholesome, like milk, bread, and even fruit juice. To hear dietary “experts” tell it, just about everything will kill you.

Except, of course, for things that used to be considered dangerous. That’s the really disturbing an alarming put of 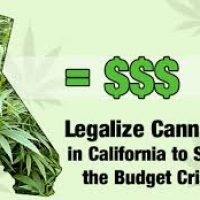 this cultural change: things we once understood to be deadly are now becoming tolerable and even “cool”. Just look at the inexorable march of marijuana over the last several election cycles. It started under the guise of medicine, using it to relieve pain in people who suffered from disease. Then we moved on to using it for purely recreational purposes. Young people overwhelmingly support legalizing it, and they’ve already managed to do so in many states. Now, in 2016, my home state of California and four others will have recreational marijuana initiatives on their ballots.

I think it’s time we slowed down here and took a breath. Just because we can change something we’ve believed for a long time, doesn’t mean we should. We have accepted certain things as dangerous for a reason. I realize this may come off sounding like old fashioned “war on drugs” propaganda to some people, but that’s really not what I’m arguing.

Let’s consider what we know, because the effects of marijuana on the people who smoke it are obvious. It makes its users lethargically calm. That may not seem like the worst thing in the world, until you realize that the drug is known to make people so lazy that they refuse to go to work or school, and even when they force themselves to do so, they usually get very little done. Why do you suppose that so many employers – to the eternal chagrin of young people – require marijuana testing in prospective new hires, and instantly terminate anyone who fails such a test? Have we even begun to think these through with driving, out on the roads, these same people are sitting behind the wheel of a vehicle? The public sector is looking for tax dollars to fill their pockets. The private sector, at least, knows that this stuff is not conducive to productivity, safety or learning. And in my book, anything that teaches people that it’s okay not to be productive is a bad thing best avoided.

The proponents of legalization will shout me down for saying this. They’ll accuse me of ignoring alcohol and tobacco, both of which they claim are more harmful than marijuana yet remain perfectly legal (albeit with restrictions). This, of course, is a fantasy. We do not have anywhere near enough scientific research on the subject to responsibly conclude that marijuana is safe at all, let alone that it is more so than alcohol or tobacco. Meanwhile, we vote it into stores with every election, essentially, conducting a vast social experiment with no idea who will be hurt or what other consequences there might be – other than lost productivity, which is already bad enough.

This isn’t about the war on drugs. It’s about protecting the minds – and, ultimately, the productive futures – of our children. We don’t know what marijuana does to them, yet we are in a terrible hurry to find out by letting them smoke it. Let’s keep a cool head and understand more about this weed before we give it so thoughtlessly to our kids.

Political Campaigns Used to Mean Something

Hillary and the Muslim Brotherhood