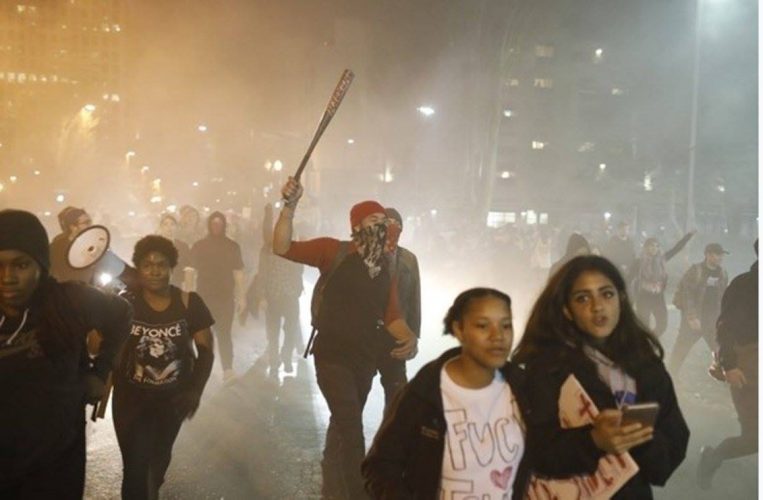 Violence broke out an anti-Trump protest in Portland on Thursday night, when dozens of demonstrators smashed windows in the Pearl district of the city. The largely peaceful protest was organized against the President-elect Donald Trump, two days after his victory in the US presidential election.

Portland police announced that the protest had turned into a “riot,” citing that the protesters were exhibiting “extensive criminal and dangerous behavior,” in a tweet published on Thursday evening.

Here is a video of protesters vandalizing Portland stores:

Later in the day, President-elect Trump tweeted a condemnation of the demonstration and others like it, stating: “Now professional protesters, incited by the media, are protesting. Very unfair!”

Here is a video of a driver being attacked:

There have been numerous large-scale demonstrations against the President-elect in US cities, including in Chicago, Los Angeles, Washington DC and Seattle as well as Portland.

Thoughts On a Historic Election (the Good and the Bad)