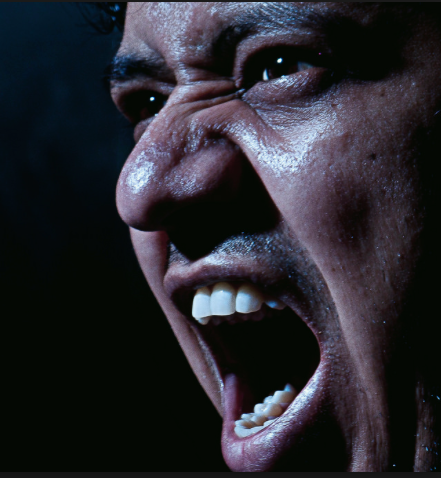 The aftermath of the 2016 Presidential election has become an unpleasant exercise in anarchy and unsubstantiated fear. A point where reason is missing in action.

Today, November 11, 2016, I was riding on a bus on my way to one of my jobs. Across the aisle was a young woman, purple hair, tattoos and body piercing. I am pretty broad minded, so her fashion sense did not bother me. In almost 50 years of playing music, I have seen more than my share of colorful characters.

What was more compelling was the obvious anger she was communicating through her body language. She looked over at me and stated, “I am disgusted.”

I inquired, “About what?” She said, “ I can’t believe Trump won the election, I am so angry I can barely put it into words.” She smirked, “I guess you voted for Trump!”

I confirmed, yes, I voted for Trump.

She said,” I thought so. Well I plan on protesting if a protest comes to our town.”

I thought to myself, the George Soros monster carnival on the road. How many paid protestors work for the Soros sideshow?

But I advised, “I can understand being disappointed in the Democratic process. I imagine you are upset that Hillary Clinton did not win the election.”

She replied, “ I didn’t vote for Hillary.” I asked, “Gary Johnson?”

She looked at me, almost proud of the fact, and stated, “I didn’t vote, what’s the use?”

I thought, oh-oh, we are in the dead zone now.

Than I remembered my own embraced responsibility to vote and advised her with the following: “You say that you are angry and want to protest, yet you do not exercise the right and obligation that you have as an American citizen to vote. You find the act of voting so repugnant that you refuse the privilege. The privilege that helps to ensure your right to protest?” She turned away, trapped in her own anger.

Time to get off the bus at that time. I felt like an unwanted extra in the Sartre play, “No Exit.”

That girl on the bus is a living example of President Obama’s legacy. In eight years he has lead us deeper into the valley of despair. No where is that more evident than in the current division among the American people. This is the first time, during my lifetime, that I have seen the results of an election protested in such a violent manner.

Though, I am having a real problem taking the post 2016 election protests seriously. These narcissistic dilettantes and archaic anarchists want me to take them seriously? The members of Obama’s legacy are an unruly mob refusing to accept the rule of law. They are like a herd of mad goats who are burning American flags, spray painting police cars, destroying property, chanting anti-Trump slogans and beating innocent citizens. For what purpose? The only thing they are accomplishing is creating chaos in their own neighborhood. Anarchy is their solution. Destruction, hate and fear are not the result of an active knowledge. They are the byproducts of a divided soul.

As John Lennon once said, “You say you got a real solution? Well I’d love to see the plan.”

But there is no solution or plan in the anti-Trump protests. Merely the outcry of a lot of spoiled children that did not get their way. The problem is that many of the protesters do not seem to see exactly what their way is. I doubt their knowledge and their sincerity.

However, I can understand their anger. The past 24 years of Presidential politics have angered me. I was angry with President Clinton and his failure to seize the opportunity to capture or kill Osama bin Laden. Well, diddling White House interns can be a full time job, eh? Clinton’s diminishment of the military and our intelligence system set the foundation for the events of September 11, 2001.

I was angry with President Barack Obama when he was elected and failed to unite the country as he promised. The Affordable Care Act was one of the largest reconstructions of policy in history and failed to provide affordable health care.

But I was truly angry on September 12, 2012. That is when I found out, on a basic level at that time, that the destabilization and arming of Islamic terrorist rebels by the Clinton State Department and, as a whole, the Obama Administration lead to the murder of my nephew Sean Smith, Ambassador Chris Stevens, and CIA Contractors Tyrone Woods & Glenn Doherty.

I actually became coldly furious when President Obama won re-election in 2012 less than 60 days after the Benghazi attack. Of course, part of that of anger needs to be shared with Congress, the American media and Mitt Romney, one of the biggest wimps in the history of the Republican party.

I supported Congressman Frank Wolf’s efforts to establish an bipartisan select committee, to investigate the Benghazi attack, with letters, phone calls, articles and interviews. I am eternally grateful to Congressman Wolf’s Legislative Aide, Thomas Culligan, who taught me how to navigate the government website, www.thomas.loc.gov

www.thomas.loc.gov is a website that should be taught to every student in elementary, middle school, high school and universities. It provides details of the legislative process and is maintained by the Library of Congress. You can search bills and laws by number or by keywords. It helped me to keep track of the progress of Congressman Wolf’s bills on the Benghazi committee and the growing number of co-sponsors.

In regards to the outcome of the 2016 election, Hillary Clinton may be able to blame a few supporters: President Obama, former President Bill Clinton and in a very distant third, FBI Director James Comey. President Obama and President Clinton did her no favors with their campaign stumps. Director Comey helped clinch Clinton’s loss with his reopening of the Clinton e-mail investigation less than two weeks before the election.

Ultimately, Hillary Clinton should blame only herself for her loss in the election. She could not close the deal because of her criminal behavior and her general lack of likability as a candidate. Consequentially, by setting up a private e-mail server and destroying subpoenaed e-mails, Hillary Clinton disqualified herself from serving in any elected office.

So in response to my previously mentioned, bus companion and the unfocused, uninformed, protesters in America, I have only two things to say: Know exactly what you are protesting against and know your history. Additionally, research and understand the process of government through the congressional record and websites like www.thomas.loc.gov.

Do not despair nor embrace the strata of the stupid. There is always a chance in the next two to four years to change government.

President-elect Trump should be given a chance. The same chances that I gave to President Clinton, President Bush and President Obama. I wish him success and support his efforts to improve the lives of the American people. I will also hold him accountable as I have the past three presidents.