Obama and his supporters loved talking about history. His victory was historic. They were on the right side of history. History was an inevitable arc that bent their way. 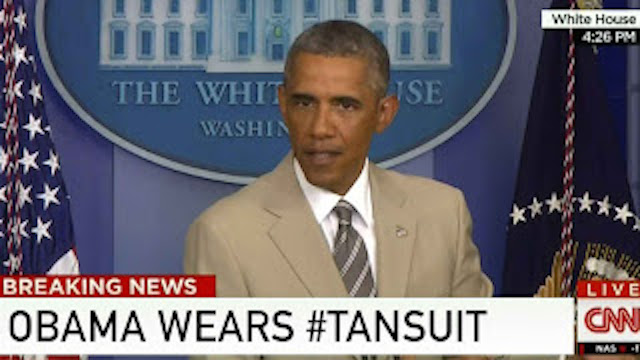 The tidal force of demographics had made the old America irrelevant. Any progressive policy agenda was now possible because we were no longer America. We Were Obamerica. A hip, happening place full of smiling gay couples, Muslim women in hijabs and transgender actors. We were all going to live in a New York City coffee house and work at Green Jobs and live in the post-national future.

The past was gone. We were falling into the gorgeous wonderful future of dot com instant deliveries and outsourced everything. We would become more tolerant and guilty. The future was Amazon and Disney. It was hot and cold running social justice. The Bill of Rights was done. Ending the First and Second Amendments was just a clever campaign away. Narratives on news sites drove everything.

Presidents were elected by Saturday Night Live skits. John Oliver, John Stewart, Stephen Colbert and Samantha Bee were our journalists. Safe spaces were everywhere and you better watch your microaggressions, buddy. No more coal would be mined. No more anything would be made. The end of men was here. The end of the dead white men of the literary canon. The end of white people. The end of binary gender and marriage. The end of reason. The end of art. The end of 2 + 2 equaling 4. This was Common Core time. It was time to pardon an endless line of drug dealers. To kill cops and praise criminals. To be forced to buy worthless health insurance for wealth redistribution to those who voted their way to wealth.

This was Obama’s America. And there was no going back. We were rushing through endless goal posts of social transformation. The military fell. Then the police. Now it looks as quaint as anything from the 50s, the 70s or the 80s. A brief moment of foolishness that already appears odd and awkward. And then one day nostalgic. It wasn’t the future. It’s already the past. It’s history.

Scalia died. Hillary Clinton was bound to win. And she would define the Supreme Court. Downticket races would give her a friendly Senate. And then perhaps the House.

But there is no right side of history. There is only the side we choose.

The Obama era was permanent. It was history. Now it is history.

Its shocking ascendancy has been paired with an equally shocking descent. The Obama era is done. It’s gone. It’s over. It was wiped from the pages of history in one night that left Congress and the White House in Republican hands.

It would have been bad enough if Jeb Bush had succeeded Obama. That would have been inconvenient, but not a repudiation. Instead Obama’s legacy was dashed to pieces. His frantic efforts to campaign for Hillary did no good. The public did not vocally reject him. What they did was in its own way even worse. They brushed past him. They sidelined him. They gave him passable approval ratings while dismissing his biggest accomplishments. They forgot him. They made it clear that he did not matter.

And that is in its own way far more brutal and wounding. They didn’t just destroy the Obama era. Instead they dismissed it as if it never existed.

Obama didn’t make history after all. He wasn’t a teleprompter demi-god standing athwart of history. He was Carter and Ford. He was there to be forgotten. He didn’t change the world. He wasn’t the messiah. He was merely mortal. Just another politician who will sag and age. Who will, in the end, be photographed like Bill Clinton, lonely and lost in a world that has passed him by.

The Obama era ends not with a bang, but with a whimper. With a national consensus that maybe he didn’t really matter so much after all. And those to whom he mattered the most were his enemies determined to undo everything he did.

Obama once thought that he belonged to the ages. Now he belongs in the rubbish bin.

The Shady Pieces of the Islamization Puzzle

Thoughts On a Historic Election (the Good and the Bad)