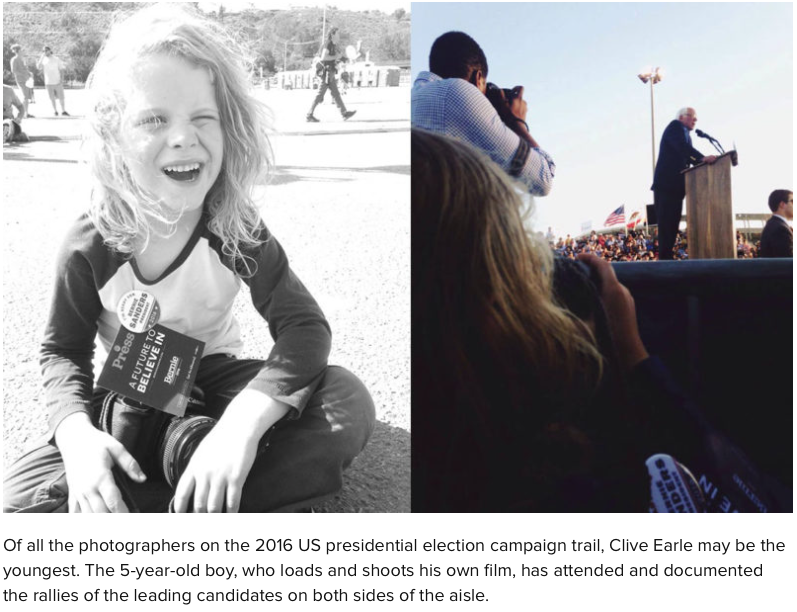 In this recent political season, a five year old boy, Clive Earle, has seen, heard, and gone where many never will:  photographing candidates in the 2016 presidential election.

As Lindsay deals with chronic extreme pain, one of the things that has comforted her the past couple of years is seeing Clive experience new things in his young life. So, Bobby began taking Clive and his camera out to see the world.

Of the cool photo projects Clive has tackled so far, one of the biggest is attending events on the 2016 campaign trail, photographing at rallies attended by Hillary Clinton, Donald Trump, Bernie Sanders, and Ted Cruz.”

Trevor Loudon Discusses "The Enemies Within"