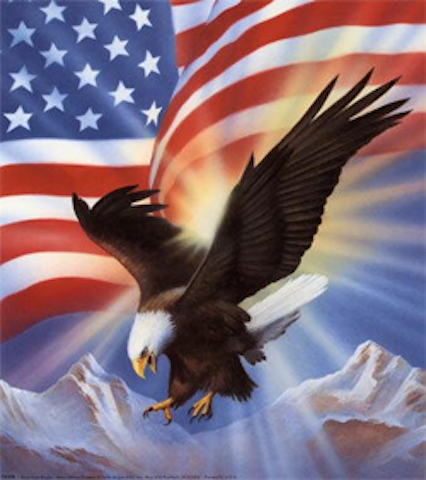 This Election has caused me to completely redefine not only how I view politics, but also how I view the world. I had no idea what was going on, but I have come to realize a great many things in the last 18 months. The hardest thing to admit is that I was utterly clueless about the actual situation. I had no idea what was at stake, but right now, it’s hard to ignore the grave dangers faced by the United States. It was a slow process, but step by step I have seen how everything has built up:

I think our country as at a defining moment and the strength of the Republic is about to face its greatest test.

As I have seen events unfold, I gradually came to see Donald Trump in a different light. I’m not going to blindly agree with everything he does but I can’t deny what he represents either. Perhaps he grasped what the majority of us weren’t seeing. Its undeniable to me at this point that Trump is the right man at the right time in history. He is the only man who could have defied political correctness, withstood an unprecedented media onslaught, confronted Hillary with the truth and still be standing at this point.

Moreover, Donald Trump has caused many to rediscover their sense of patriotism and American pride. He has inspired people. I guess it really doesn’t matter who gets us to rally around the flag as long as somebody does it.

In retrospect, the situation never called for a saintly leader–but it did call for an outsider. Trump has endured endless attacks by the media and others and we are constantly reminded of his flaws. My hope is that Trump’s flaws (real and imagined) will serve to limit his powers as President in a constructive way. Too much power has accrued to the Office and if we stay on this path we could someday elect a dictator who decides to stay.  So I also define Trump by what he intends to stop as much as I do by what he intends to actually do.

At this point, Trump is all that stands between us and Hillary. He isn’t perfect, but I believe he has started a movement that won’t be stopped. I also believed he has matured as a person and as a leader. No one could endure what he has and not be changed.

Ultimately, I believe it will be those within government that help stop our destruction. People who join the FBI don’t do so out of a love of crime and disrespect. Our military should never be misused to further a selfish political agenda. There are many loyal Americans who are sick of the lies and the cover ups.

The road to recovery began with the movement started by Trump.

Whether he wins the Presidency or not, the movement will endure. Heroes will rise and tyrants will fall. According to Churchill, the Battle of Britain in World War II represented Britain’s finest hour. It was a seemingly hopeless situation but in the end ‘never was so much owed by so many to so few.’ With God’s help, I believe America’s finest hour is at hand. It will be an hour when we, too, will find ourselves owing much to very few.

WikiLeaks: CNN Inquired with DNC about Questions to Ask During Interviews with Cruz and Trump