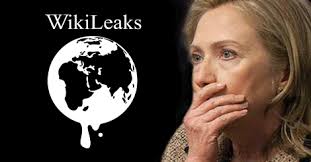 WikiLeaks sure is the drip, drip, drippy gift that keeps giving. One of the latest drips exposes the close relationship between Hillary Clinton’s campaign and CNN.

Benenson wrote that the email he was forwarding was “From a CNN source of mine.” The email from the CNN source, who is unidentified, said: “Hey Joel – Hope all is great with you. I think you are going to enjoy a poll we have releasing tomorrow morning at 6:00 am ET that asks about 2016ers and whether they are perceived as candidates of the past or candidates of the future. Some interesting findings. . .”

The poll showed that more than any other candidate Hillary Clinton was associated with the future.

A previous release from WikiLeaks showed that current Democratic National Committee chairwoman Donna Brazille, while employed as a CNN contributor, leaked a question from a Democratic primary town hall to the Clinton campaign.”

Trey Gowdy Reacts to FBI Reopening Clinton Email Probe: "She Has Nobody to Blame but Herself"