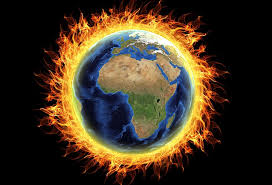 One of the world’s leading institutes for researching the impact of global warming secured millions from taxpayers by faking research.

“The UK government gave $11 million dollars to the Centre for Climate Change Economics and Policy (CCCEP) in exchange for research that the organization reportedly never actually did.

Many papers CCCEP claimed to have published to get government money weren’t about global warming, were written before the organization was even founded, or were written by researchers unaffiliated with CCCEP. The government never checked CCCEP’s supposed publication lists, saying they were “taken on trust,” according to the report.”

“An investigation by The Mail on Sunday also reveals that when the Centre for Climate Change Economics and Policy (CCCEP) made a bid for more Government funds, it claimed it was responsible for work that was published before the organisation even existed. Last night, our evidence was described by one leading professor whose work was misrepresented as ‘a clear case of fraud – using deception for financial gain’. The chairman of the CCCEP since 2008 has been Nick Stern, a renowned global advocate for drastic action to combat climate change.

The Daily Mail investigation reveals that:

"We Need to Clean This Up": Clinton Staff Aware Hillary Had Emailed Obama from Her Private Server

Party Like It's 1948 (When the Presidential Polls Were Very Wrong)