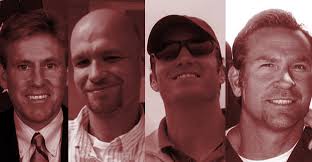 DENVER, Colo. (Oct. 19, 2016) – Following Hillary Clinton’s leaked emails expressing fears that the Benghazi tragedy could cost her the election, Stop Hillary PAC launched an ad buy of up to $1 million in swing states. The ad focuses on the lives lost in Benghazi because of Clinton’s failed action.

“Now we know why Hillary deleted her emails. She didn’t want Americans to know how much she fears being held accountable for Benghazi,” said Ted Harvey, chairman of the Stop Hillary PAC. “Stop Hillary PAC isn’t backing down. We are doubling down. We are prepared to spend up to $1 million in the next few weeks to re-air that ad and stop Hillary Clinton from becoming president.”

The PAC spent $400,000 in an ad buy in Colorado, one of the most-watched states this election cycle. According to a recent Real Clear Politics Poll, the race is neck-and-neck in the Centennial State.

They also just made a 400K ad buy in Arizona.