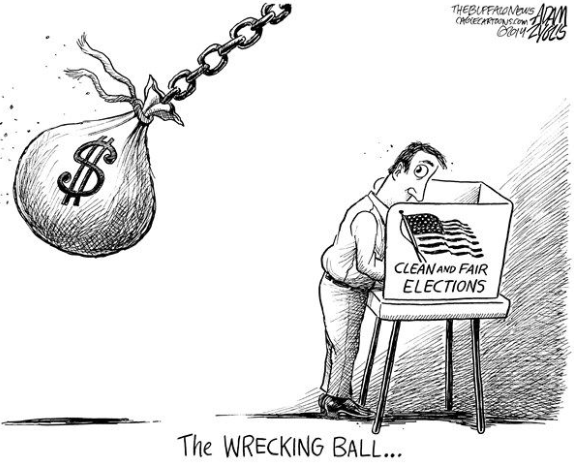 In the video, Mr. Foval explains the strategy to elicit a violent response from Trump supports in front of cameras:

If you’re there and you’re protesting and you do these actions, you will be attacked at Trump rallies. That’s what we want.  The whole point of it is that we know Trump’s people will freak the fuck out, his security team will freak out, and his supporters will lose their shit.

So who are these players?

Scott Foval — National Field Director at Americans United For Change and his own company the Focal Group, LLC.  He is formerly of People For the United Way, another liberal organization funded by George Soros.  Scott Foval trains activists to infiltrate Trump rallies with a “script of engagement ” to provoke physical violence outside the rally to maximize media coverage.  He activates groups to target every Trump/Pence rally.

Bob Creamer — convicted criminal and founder of Democracy Partners, a private political consulting company (Foval calls Creamer “diabolical” and describes Democracy Partners as the “tip of the spear”). Creamer is married to a Democrat Congresswoman.

Aaron Black aka  Aaron Minter — DNC Rapid Response Coordinator at Democracy Partners.  He is the director of the scripted events designed to disrupt Trump rallies with violence.  “No one is really supposed to know about me.”

To get around campaign laws that prohibit the coordination of advertising, spending, and strategy, these democratic consultants caught on tape allegedly use a system they call the “Pony Express” to relay messages between Hillary Clinton’s presidential campaign and an untold number of super-PACs.  Once they have their coordinated marching orders, they coach and plant agitants to provoke violence at Trump rallies to create negative press reports about Trump rallies and Trump supporters.

This undercover video describes a text-messaging chain of communications between the Clinton presidential campaign and Democracy Partners and other super PACs that they call the Pony Express. If they are coordinating their activities as described then it is a blatant violation of federal campaign finance law. And the Pony Express communication system shows an intentional and knowing violation of the law, which constitutes a criminal violation not just a civil violation. The arrogance displayed in the videos about deliberately and intentionally breaking the law is truly shocking.

But in the words of a key “old school” Clinton operatives caught on camera: “It doesn’t matter what the friggin’ legal and ethics people say, we need to win this motherfucker.”

The ends justify the means of the Left, no matter who gets hurt.  Alinksy would be proud.