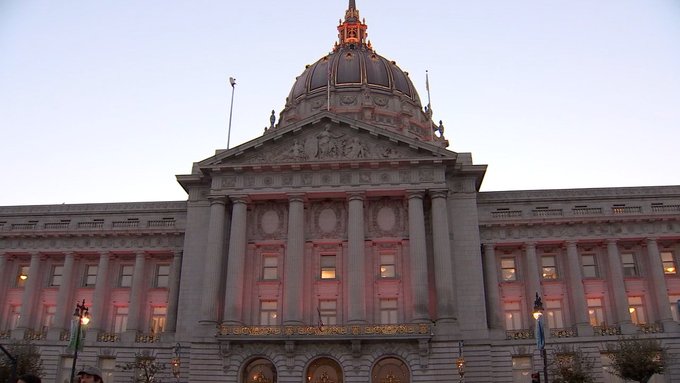 According to Life News:

The San Francisco City Hall was flooded with pink lights on Monday night to honor Planned Parenthood with its signature color, according to the San Francisco Examiner. City officials also held a ceremony with Mayor Ed Lee, local Health Department members and Planned Parenthood staff in celebration of its 100th anniversary, according to the report.

Planned Parenthood managed to enlist a number of government officials and celebrities to help celebrate its 100-year milestone, but these powerful figures served to mask the abortion chain’s sordid history. The group’s founder, Margaret Sanger, was a well-known eugenicist who promoted sterilization and birth control as ways to “weed out” human beings who she deemed “unfit.” Today, Planned Parenthood performs approximately 320,000 abortions a year – more than any other group in the U.S. In the past 100 years, it has aborted at least 6,803,782 unborn babies, according to its own annual reports.”

Planned Parenthood also has been rocked by numerous scandals, the most recent being its potentially illegal sales of aborted baby body parts. In connection to the scandal, last week the Orange County District Attorney’s Office filed a lawsuit against two California companies that allegedly sold aborted baby parts they obtained from Planned Parenthood.

Real Men: We Need Them