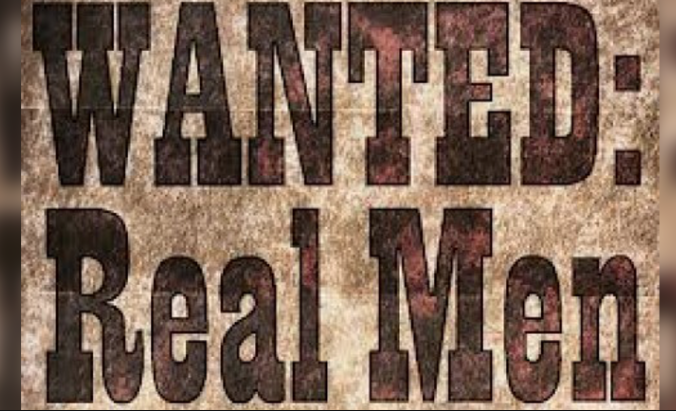 America is sorely in need of Real Men.  As a young girl I remember learning about Howard Hughes, and he fascinated me.  That tremendous airplane he designed and built, the biggest airplane in the world at the time, was intended to be a transatlantic transport aircraft that would avoid the dangers of sending war supplies by ship, which were being sunk by German U-Boats.  It was a “flying boat,” made of wood; the wings were filled with beach balls, for heaven’s sake.  Who had heard of anything like that?  I wanted to know more and more about Howard Hughes, who he was, what he did, how he thought; thus began my interest in Real Men.

As a young woman, I lived in Atlanta when against all conventional wisdom Ted Turner began CNN.  “Nobody wants to hear news 24/7.”  “There isn’t enough news to fill 24 hours.”  “You will be the laughing stock of the world.”  “You will go broke within 24 hours.”  And so on.  It was a big deal in Atlanta.  But Ted knew what he wanted, and he was not swayed.  In fact, he said, “We won’t be signing off until the world ends. We’ll be on, and we will cover the end of the world, live, and that will be our last event . . . we’ll play ‘Nearer, My God, to Thee’ before we sign off.”

And now we have Donald J. Trump.  I have enjoyed observing Donald Trump for most of my adult life, and no matter one’s opinion of him, we all must agree that he is a tremendously successful businessman who has also has an excellent family–that combination is almost unheard of today, it seems.  He is a capitalist and an American who is for Americans.  He is for loosening the stranglehold of hideous governmental regulations on businesses so that they have the freedom to grow and thrive.  He wants our borders protected and defends American sovereignty.  Donald Trump wants to make American great, strong, and safe again.

While these three men are quite different from each other, they share many of the same traits, some of which are:  they are leaders, visionaries, planners, wise, decisive, risk takers, courageous, adventurers, astute businessmen, sharp, and shrewd.   They are Real Men.  Real Men work hard and plan big.  They prosper big, and they fail big.  If things go awry, they stand up, dust themselves off and go for it again.  No whining, no crying, and no government assistance.

I do not have to agree with everything a person says or subscribe to one’s way of life in order to recognize greatness when I see it.

America is in need of Real Men.  We need a real man for President.  Please vote for Donald Trump on November 8.

You Have The Power to Stop The Destruction