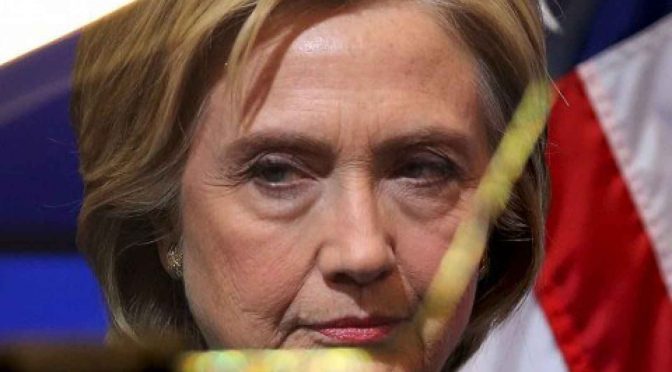 Today is the day. You don’t have to look too intently to see it. As a matter of fact, every American has a front row seat. The best seat in the house actually. All of us get to see President Abraham Lincoln’s words come to fruition. Everyone always wishes they had witnessed historic events firsthand. People certainly remember “where they were”, on infamous days in history.

Well America, take note of where you are, what you are doing and how you were an active participant in bring Abraham Lincoln’s words to life:  “America will never be destroyed from the outside. If we falter and lose our freedoms, it will be because we destroyed ourselves.”

My fellow Americans, we have done a fantastic job of ruining our country. This blame falls on every, single, one of us. Yes, we can stand and blame Republicans and Democrats, past and present Presidents, and every one who has ever had employment in the federal government, for the demise of our country. It will make everyone feel better for sure. But really, it’s everyone’s fault.

We went to sleep. As citizens, we decided things were going pretty well in Washington and we turned our backs on the everyday ins and outs of legislation being written and executive orders being signed. We stopped paying attention and holding people accountable. We gave absolute control to the government, allowing people to make decisions on things, which were not in our best interest. Be honest with yourself, at best, the larger percentage of our nation only really pays attention to what is happening every four years. That is obvious, as seen in the stupid late night show segments of “The Man on The Street”. Many times people can’t even tell you who the current Vice President is and we expect those people to make an informed decision on a leader for our country.

Our country is so far detached from reality and what politicians are truly doing. A small percentage of individuals in our country still care enough to do the “homework” of fact checking, on their own. Those who use politician’s fact checking, as seen in recent debates, don’t even realize there are numerous ways to bend statistics and spin the appearance of policies and beliefs, to make that candidate look better. Do your own homework.

Ignorance is not an excuse for the destruction of a country. Ignorance in driving a car or playing with matches, usually produces a life of unintended consequences. So does living ignorantly, in any country on earth.

In our ignorance we not only injure ourselves, we destroy the fibers which join our nation and its people. This current election has brought out the worst in people. Social media has brought out hatred and disdain, to the point where people are no longer wanting to associate with others, based solely on who they are backing for president. Is this now our litmus test for friendships? Some social media postings have literally planted this flag and people are not backing down.

This is just a portion of what President Lincoln was saying to us. We are destroying our nation, by destroying our relationships with each other. From the inside out.

At this moment, the majority of conservative Americans are only looking at things on the surface. Each side of this election has its sins. To be truthful, America is no longer a moral standard bearer. We are being hypocritical if we are going to hold one candidate to a standard, which they have never probably held as a personal value, and turn a blind eye to someone who has literally broken the laws of the land, while claiming to have had a somewhat religious past.

By advocating people not voting for someone based on their sins, which were private, yet now are public, is shear stupidity. The public only knows about the sin, because of the greediness of the other campaign or its supporters, who released it. Not voting for one candidate based on a morality argument is especially foolish, when you know for an absolute fact the other candidate is going to finish the destruction of any morality in our country, within their first 100 days in office. Fighting anti-morality with anti-morality, only produces anti-morality.

If tapes and emails were never “leaked”, we would never know the morality of anyone who sits on Capital Hill. Why does the knowledge of these items change people’s attitude, and vote, so vehemently? Would you have voted differently had you not known their sins? Seriously, did you really think there were no skeletons in these people’s closet? Are there no skeletons in all of our closets’?

America, we can’t just pick and choose what the Bible says. This verse is so freely applied to so many sins and sinners. Both public and private. Be honest, if it excuses our sins, we use it. Freely. Yet, it hasn’t found its way into this election.

Let’s publicly put morality aside. Truthfully, neither candidate is moral. And even if either one of them were to “see the light” before the election, preachers, pastors and pew warmers have reigned down so much damnation upon them, no one would get the message fast enough to change an election.

From a sheer policy aspect, which candidate do you truly believe will secure your freedoms and your country? This is the point from which everyone MUST consider and actually vote.

If your conscience won’t let you vote, please consider this:

Should we continue with the list? Do these ideas make you the least bit uncomfortable or do you think you still have people in Washington looking out for your beliefs? Do you think things can’t get that bad over the next four years? Really? Look in your rear view mirror.

Consider what the United States Supreme Court will look like, when potentially 3-5 Justices will be replaced in this next administration. Does this cause you to worry about morality? Think of who will be appointing those Justices. Congress can’t get anything done now, do think they can block liberal Justices from being appointed?   Probably not.

For now, morality is long gone from politics. Everyone who is on their soap boxes screaming about how they can’t vote for someone with an extended list of adjectives to describe the candidate’s past life, yet also says they can’t vote for the opponent, is proudly stuffing the ballot box for a liberal society, which will be a faster moving freight train, than it already is now.

Wake up America. Don’t set yourself up today, to be a hypocrite tomorrow. Saying you can’t vote for someone, then complaining for the next four years about an administration’s policies, and a destroyed America, is pure hypocrisy. You will be the one making Abraham Lincoln’s quote a prophetic reality. Plug your nose and vote. This vote will not send you to Hell. Not voting at all though, will potentially create Hell on earth, for all conservatives, in the very near future

Real Men: We Need Them