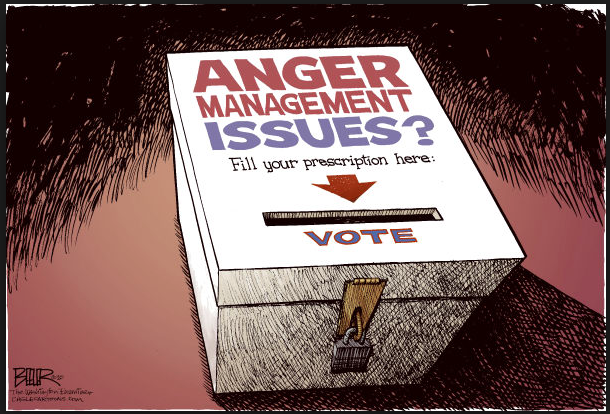 Throughout this very divisive election cycle I have grown tired of people judging me without knowing who I am. I’m tired of people pointing fingers, hurting feelings, and sometimes going below the belt simply because one doesn’t like the others’ candidate.  Ironically my involvement in politicis began 22 years ago as a grassroots campaigner for minority communities to help advance their rights and their efforts to communicate. It didn’t matter what their political affiliation was; what mattered then is the same today:  what will the politician do for my community, my family, and my region? How will they enhance our lives so we can achieve the American Dream?

I got involved with campaign work when I saw so many of my fellow citizens getting shot and robbed in Washington, D.C., including one person who went to church with me.  I was pregnant at the time and after visiting him I left in tears thinking, ‘what is going on in the world?’  My initial work was against aspects of the Welfare Reform Bill that took away the rights from naturalized citizens. I worked with former Congressman Tom Davis, Jim Moran, and Senator John Warner’s office in lobbying against those restrictions and we got them knocked out. People talk about immigration being a problem, but this was Bill Clinton’s bill, which restricted naturalized citizens rights to education, to services, financial aid for schools, basically the whole immigrant/minority communities.

After that, I worked for both Democrats and Republicans depending on my passion factor and what the topic was. The local politicians in Virginia understand that my “personal agenda” is standing up for the people I represent.  Will they see us? Will they keep their promises, or will they fall like the other ranks when pushed by DNC or GOP? They also know I don’t hold my tongue when they do something wrong and will call them on it. As former Attorney General and State Senator Mr. Ken Cuccinelli has said to me, “When have you not kept your opinion to yourself?”

I’ve also raised money for both parties and I’ve registered voters and knocked on doors for both. I originally began working with the Korean Democrats as their VP for Outreach.  The reason is simply because they had more resources to go into the community and athough I was conservative the former President knew I was for the people.  He asked me to remain bi-partisan regarding all outreach on issues pertinent to our community, which I did.  So our kids grew up together and we became great friends.

Before 2008, within the grassroots minority push leadership, we never fought, pulled dirty tricks, or were divisive and mean. I was actually going to vote for Hillary but when Obama won the primary I felt there were too many questions about him so I decided to back McCain. Many Democrats did the same in ’08.

Back then I arranged and ran the booths for all the minority fairs and community functions prior to the election, and we knew the people at the DNC booth too.  We shared food, told jokes, and everything was going well until a woman, who none of us knew, came up to me and started yelling that my children were hanging around the DNC booth.  They were hanging out with my friend from when I worked for the Korean Democrats.  The woman was screaming in my face, cursing, and threatening to film me for “harassing” the Obama booth. I was not harassing, I had not even said one word.  She actually put her hands on me and pushed me; I later learned she was a famous Asian American videographer.  My friend, the  President of the Korean American Democrats, apologized to me.  I figured she was trying to start something for notoriety but I ignored her and told my kids not to go near that booth again. The funny thing was there was a videographer there who was filming us on the factor that minorities need to participate and have a voice.  I’m sure it bothered that woman when I appeared on the front page of the Washington Post on grassroots activism…

She later spoke onstage to say ‘Vote for Obama’.  She tried to prevent me from speaking (probably because I am known as being a ‘straight shooter’) but Congressman Tom Davis stepped in and I was allowed to speak.  Speaking in both Korean and English I said, “This is a time for our minority community to come together. We want you to go vote. I want you to go vote. It doesn’t matter if you vote for Obama or McCainm although I’d prefer you to vote for McCain (that got a lot of chuckles and applause), but I want you to go vote to show the world, to show the United States that we have a voice!” I know everyone was a bit shocked that I said that and that I was so neutral but heck, my thing was, go vote! That is our right as United States citizens to have a voice.

So here we are today, on the verge of the 2016 presidential election.  I’m seeing much finger pointing and condescension, gossip, and dirty tricks, much worse then I’ve ever seen in any election throughout all the debates, from the DNC and RNC to the candidates.

Why are people succumbing to the whims of both the RNC and the DNC, who are basically telling Americans what to think? There are many flaws in the system and in each of the candidates, and with the media reporting about all of it.  But I would think people would be able to look beyond their emotions at what really counts–what is (or isn’t) being done for the people of the United States? There is so much deflecting from the subject, and yes, voter fraud (which is very real).  Are either of the candidates actually for the American people? That is a question we really need to put into place. We cannot help others if we cannot help ourselves.

No I’m not voting for Hillary and no this is not propaganda to vote Trump.  I’m simply asking you to do your homework. Don’t thwart your intelligence based on social media but look up each of the candidate’s records on taxes and other issues.  We all want hope.  Many are instinctively drawn to whoever has the most charisma; why not follow?  Most of us are not leaders and that’s ok, but we should follow with discernment. Carefully listen to all the audio tapes and videos that are out there about both candidates. And ladies, if you want true equality you can’t shout about a candidate’s foul mouth if he or she is discussing male and female body parts.  It’s not a “ladies first” society if you want true equality.  I am a southern girl so the appeal of politeness and correctness is ingrained in me. I like a man to open my door or hold it open, as did Mr. Trump for me years ago.

Barack Obama Says DO NOT Vote for 'Out of Touch' Hillary