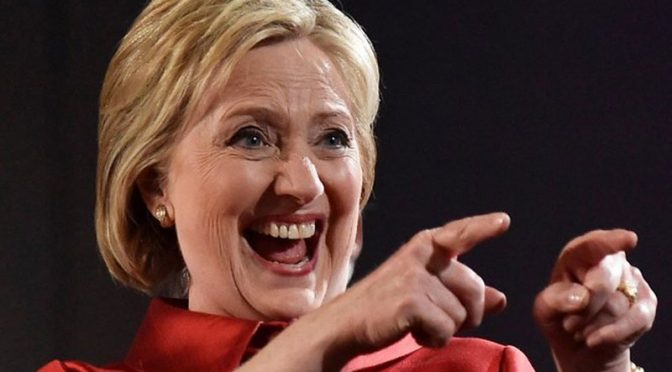 A new Atlantic poll shows that Hillary Clinton holds a majority of Catholic voter support, by a 55-34 margin.  Will this change after Catholics read the latest Wikileaks findings in which Clinton’s aides not only mock Catholicism, but also explain the ways they are infiltrating their religion?

“There needs to be a Catholic Spring, in which Catholics themselves demand the end of a middle ages dictatorship and the beginning of a little democracy and respect for gender equality in the Catholic Church,” Sandy Newman, president and founder of the progressive nonprofit Voices for Progress, writes to Podesta in an email titled “opening for a Catholic Spring? just musing.”

In response, Podesta assures Newman to rest easy for he and his progressive pals have already created organizations explicitly designed to infiltrate the Catholic Church with progressive ideology, though he cautions that the time may not be right for full revolution — just yet.

“We created Catholics in Alliance for the Common Good to organize for a moment like this. But I think it lacks the leadership to do so now. Likewise Catholics United. Like most Spring movements, I think this one will have to be bottom up,” Podesta writes.

[George] Soros funds Catholics in Alliance for the Common Good.

Not all of the revelations from Wikileaks have been bombshells, but this one is. I don’t mean that it’s surprising, but it is outrageous and reprehensible and if the media had even a shred of integrity it would treat this scandal as headline news.

In leaked emails, the Clinton campaign has been caught calling conservative Catholics “backwards” and describing the Church as a “Middle Ages dictatorship.” Even more despicably, it conspired to foment a left wing “revolution” within the church to fracture and undermine it from within. It actually created two fake Catholic groups for this purpose, hoping that it would lead to a “Catholic spring” where the Church would officially abandon its teaching on birth control, marriage, abortion, etc.

Whether you’re Catholic or not, you should be incensed by this. Hillary Clinton claims to be “for all Americans” while her campaign literally conspired to break apart a religion that 70 million Americans belong to.

I want you to imagine for a moment what would happen if Republicans were caught describing setting up puppet Muslim groups to try and start a civil war in its ranks. Imagine if a Republican called all devout Muslims “backwards” and labeled the whole religion a “Middle Ages dictatorship.” In fact, it’s funny that liberals have finally found a Middle Ages dictatorship they want to oppose — and it’s not the one chopping heads off all across the globe.

Of course we’ve always known that Democrats hate Catholics. They hate Catholics especially because observant Catholics are among the few groups of Christians left who oppose birth control. To liberals, that’s the kind of view that it just intolerable these days. It stands so opposed to their own religion of eugenics and secular humanism that they can’t even contain their disgust. At least they can’t contain it for long. So they wait until they are in friendly company to unload all of this venom.

Well, this time they were caught. Not that it will mean anything. Democrats can be as hateful as they want. They’re Democrats. That’s a privilege that comes with the territory.

Daniel Greenfield: The End of Columbus Day is the End of America