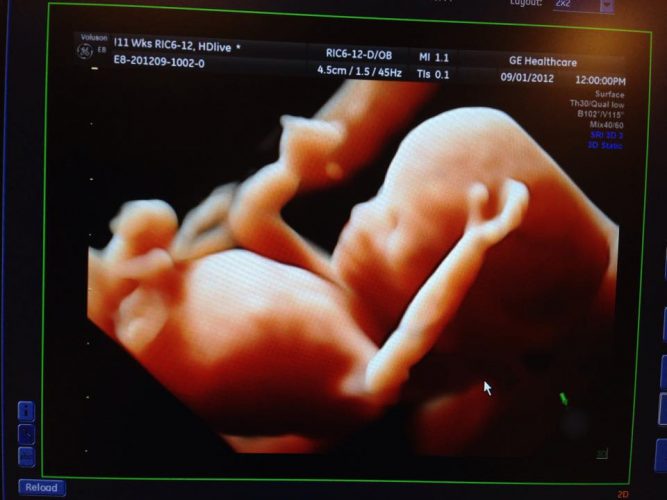 A team funded by the British Heart Foundation (BHF) at the University of Oxford have found a baby’s first heartbeat happens as early as 16 days after conception.

BHF Professor Paul Riley, who led the research at the University of Oxford explains:

‘We are trying to better understand how the heart develops, and ultimately what causes the heart defects that develop in the womb before birth and to extrapolate to adult heart repair…By finding out how the heart first starts to beat and how problems can arise in heart development, we are one step closer to being able to prevent heart conditions from arising during pregnancy…We also hope that this new research will help us to learn how the beating of new heart muscle cells might be triggered in replaced muscle after a heart attack.’

Professor Riley and his team also hope that these findings will bring them closer to being able to repair damaged muscle after a heart attack, which can lead to heart failure.

“They have demonstrated earlier beating of the heart in mouse embryos which, if extrapolated to the human heart, suggests beating as early as 16 days after conception.
In the study, published today in the scientific journal eLife, researchers studied the developing mouse heart and found that the muscle started to contract as soon as it formed the cardiac crescent – an early stage in heart development.

In mice, this crescent forms 7.5 days after conception, which is equivalent to day 16 in the human embryo.

Previously, it was thought that the heart started to contract a stage later, when the heart appears as a linear tube.

Congenital heart disease is diagnosed in at least 1 in 180 births, which equates to around 4,000 each year or 12 babies each day, in the UK.

The researchers ultimately hope that by understanding more about how the heart forms in the womb they will one day be able to prevent heart conditions that arise as a foetus develops.”

You Have The Power to Stop The Destruction

Exactly Why Hillary Belongs in Jail