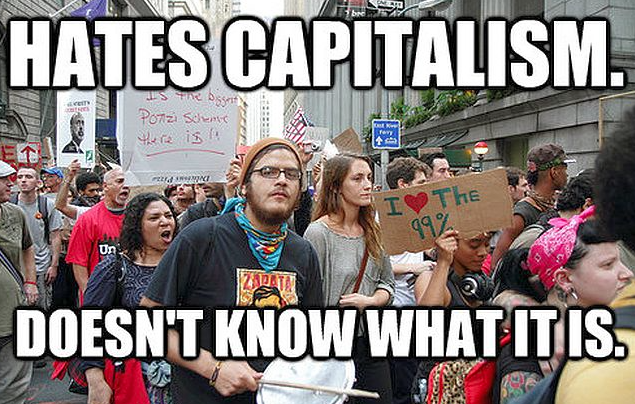 The 2016 Presidential election has generated an unprecedented number of observations. As a conservative, I have heard some of the most asinine comments I have ever heard. I won’t delve into all the reasons why I support Trump in his article, but it seems that even when someone says something positive about him, they still manage to put a negative twist to it. It’s as though there is an unwritten law that says it’s illegal to compliment the man.

If one were to blindly accept everything written about Trump, they might conclude he is the antichrist. He isn’t. Like anyone, the man has his flaws, but the media bias towards him exhibits a double standard that would be laughable if not so terrifying. Are we to believe that Hillary Clinton and all her Democratic Party predecessors represent nothing but virtuous values? It’s clear that a double standard exists. Anyone with just a rudimentary understanding of history should realize that Trump doesn’t represent anything completely unprecedented. As a whole he is unique, but on a trait by trait basis, he doesn’t even come close to some past presidents.

This article is a prime example:  http://www.businessinsider.com/professor-predicts-trump-will-win-2016-9

In this article Professor Allan Lichtman predicts a Trump victory in November. Lichtman has created some sort of model to predict Presidential election winners for every year since 1984. According to Lichtman, the factors favor Trump. That’s good news to Trump supporters.

What isn’t good news to Trump supporters is that Lichtman qualifies his prediction by asserting anything is possible given Trump’s so-called unique qualities. It appears that even the so-called academic elite can resist the urge to attack Trump. I don’t know anything about research, maybe Lichtman has good reason to predict a Trump, but his comments about Trump make me doubt the accuracy of his model because his comments about Trump are patently false.

In qualifying his prediction, Lichtman made the following comments about Trump:

“We’ve never before seen a candidate who’s spent his life enriching himself at the expense of others.”

“He’s the first candidate in our history to be a serial fabricator, making up things as he goes along.”

Let me try to process these comments.

First, Trump is the first Presidential candidate to enrich himself at the expense of others? I hope this isn’t an example of the professors my children will encounter in college. How can a supposedly educated person make such an idiotic statement? No other President has ever enriched themselves at the expense of others? Does anyone realize how dumb that sounds? No President in the history of the United States has ever been unjustly enriched? I guess so. That’s why the Presidents Bush now live in abject poverty. You mean to tell me that out of the 43 people to hold the Office of President of the United States…Trump would be the first individual who somehow enriched himself unjustly?

What exactly does this mean? Has Trump employed slave labor? No. Not only is it illegal and amoral, but I’m 100% sure if he ever did such a thing, the media would have definitely told us about it by now. This is the rhetoric that accompanies the ‘rich should pay their fair share’ rhetoric. Presumably this means that no one can possibly achieve great wealth without taking advantage of others. Shame on Trump for hiring people to work for his businesses. Presumably all of those individuals would have been better off working for an entrepreneur who takes all profits earned by their company and distributes it evenly amongst all employees. Didn’t Trump get the memo that says all capitalists should adhere to Marxist ideology?

The new vision for America says we should all be the same. If I come up with a business idea, my thinking should be ‘this is wonderful…I can make so many other people rich…sure, it was my idea, but there is no way I can implement it without taking advantage of others.’

The very notion that all wealthy business people can only get rich by taking advantage of others is nothing more than socialist thinking. I thought America was the land of opportunity? Isn’t this the country where anyone, regardless of their background, can conceivably make a fortune if they have a good mind, creativity, and the will to make it happen? Doesn’t the generation and implementation of great business ideas the very foundation of America? Isn’t that what creates jobs?

Here is the truth: Trump is perhaps the first candidate for President who attained his wealth as a businessperson, not as a public servant. He earned his fortune legitimately. However he is portrayed as a villainous capitalist, not an American success story.

This is in stark contrast to past Presidents such as Lyndon Johnson. Now you want to talk about enriching oneself at the expense of others, Johnson was a multi-millionaire before becoming President despite holding no other jobs than elected office. How does a Senator become a multi-millionaire? Clearly he was corrupt…but since he was a Democrat, he gets a free pass. No Democrat would ever enrich themselves at the expense of others.

Especially the Clintons. The Clintons would never do anything unethical. Their commitment to the public interest is unprecedented…perhaps in all of human history there have never been two finer examples of selfless service for the common good…or so the mainstream media would have us believe. Who knows the actual net worth of the Clintons? However, it’s safe to say they are far from poor. Bill’s wallet certainly hasn’t been harmed as a result of being President. Various sources have given his net worth at around $80 million. Let’s say every penny of it was earned on the up and up…by charging huge sums of money to deliver speeches around the world. As a former U.S. President, he is one of the most famous people on the planet and can charge large fees for speeches.

Ok. So let’s follow the logic everyone would have us to embrace: Donald Trump, a man who earned his fortune by investing his own capital, is to be vilified for being wealthy. Keep in mind, Trump was not using public funds, he was only using private funds. However, Bill Clinton, who earned his fortune by virtue of having been honored by the American people to serve as their President isn’t taking advantage of the situation? I seriously doubt George Washington or Thomas Jefferson would approve of a former President using the notoriety associated with having held the position to enrich themselves. Clinton of course isn’t the only former President to engage in the practice. Someone may point out that using the Office of President of the United States is unethical. I don’t know, but it’s certainly no more legitimate than a man earning his fortune through conventional business practices.

The second statement made by this professor is that Trump is ‘the first candidate in our history to be a serial fabricator.’ Think about this. Only 43 people have ever been President. Usually there have only been two major parties fielding candidates. However, there have been third party candidates over the years. Let’s just come up with a very conservative estimate than 100 different persons have run for President (not including those who have run in primaries). That would be 100 people covering parts of 4 different centuries. Yet! Trump alone is the only habitual liar in the group????? I had no idea that our nation has always been guided by such morally impeccable persons.

This includes Hillary Clinton? She never lies? This is the actual narrative we are asked to believe according to mainstream history: Richard Nixon was forced to resign as President over the Watergate scandal. In retrospect, the scandal wasn’t the most egregious thing a President has ever done. The fact was that Nixon handled the matter very poorly. He made poor decisions that led to the end of his Presidency. As a result, history treats him as a villain. In actuality he had a decent record on Civil Rights, something overlooked by history because only Democrats get credit for such things. I’m not arguing that Nixon was an innocent victim or that he didn’t have serious character flaws but he didn’t burn his private tapes…tapes that doomed him. Why? Because even Nixon wasn’t willing to cross the line and destroy evidence. Flash forward to 2016. Hillary Clinton destroyed e-mails stored on a private server while Secretary of State. The FBI investigated it. It was/is a serious matter. However Hillary gets a free pass while Nixon was disgraced. What is wrong with this picture?

I’m to believe Trump is the first serial liar to ever aspire to President? Is anyone that naive? Plus, I really don’t think of Trump as a serial liar. He speaks his mind and the one-sided fact checkers will always find some inconsistencies. Anyone with any sense knows that all Presidential candidates lie. I’m not saying Trump is innocent, but I also don’t think his intent is to perpetually deceive people. Regardless, how can anyone deem Clinton as more truthful when she was willing to destroy evidence connected to an FBI investigation?

Trump the capitalist is portrayed as the villain. He is portrayed as a man without scruples. He is the enemy of the neo-socialists. In reality, he is an astute, hard-nosed businessman.

Clinton is an opportunist who has made a fortune through politics. She is also willing to impede an FBI investigation. She also acts as though the law doesn’t apply to her.

What am I missing? From CEOs to virtually every newspaper in the country, Hillary has been almost universally praised.

Since we live in a world where the police are seen as reckless criminals, it only makes sense that someone like Clinton be seen as a hero. My sincerest hope is that historians will one day look back on the America of this era and proclaim it the ‘The Age of Insanity.’

Loss of a PolitiChick: Rest in Peace, Maureen Mullins