The latest WikiLeaks revelations released on Tuesday shines light on President Obama’s claim that he learned about Hillary Clinton’s use of private email through “news reports”.

‘The same time everybody else learned it, through news reports.’

However, the latest Wikileaks email revealed that Clinton’s senior aides knew Obama had received emails from the private address she used to conduct government business. 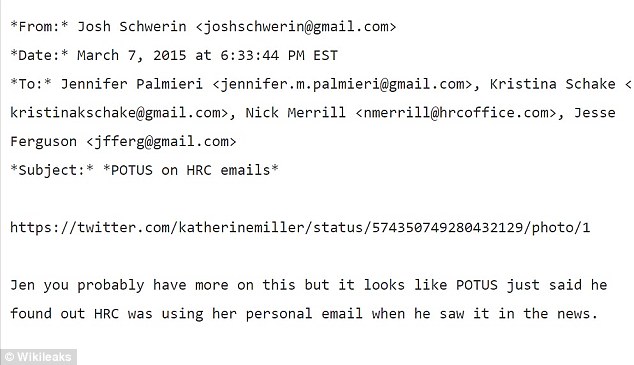 Traveling press secretary Nick Merrill forwarded the message to Cheryl Mills, who raised a red flag with Podesta three hours later,'[W]e need to clean this up – he has emails from her – they do not say state.gov,’ wrote Mills, who was Clinton’s lawyer and served as her chief of staff at the State Department from 2009 to 2013. 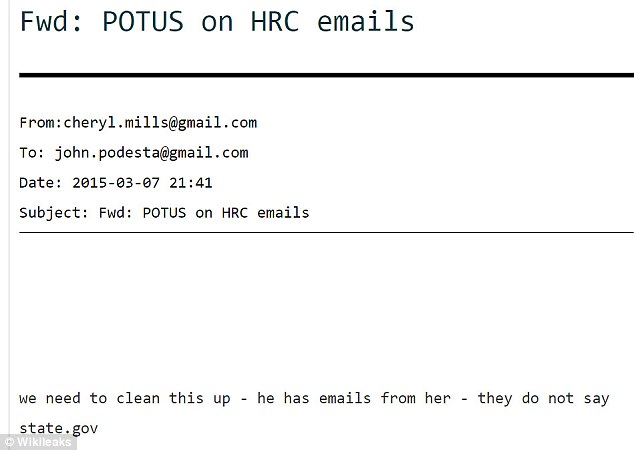 White House press secretary Josh Earnest began the clean-up a day after the CBS interview aired in 2015, conceding that Obama had Clinton’s private address, but suggested the president never thought it was operated without government oversight.

Of course, Donald Trump did not waste any time pouncing on the latest WikiLeaks revelations. At a rally in Florida on Tuesday, he said that new revelations establish that President Barack Obama is ‘caught up in the big lie’ surrounding the secret server that held all of Hillary Clinton’s emails while she was Secretary of State.