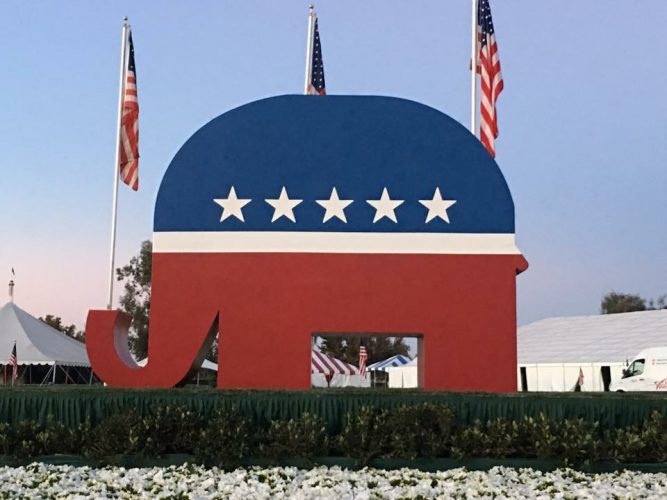 Now held every five years with participation of anywhere between 6,000 -10,000 attendees, the Conference is a unique blend of comedy, politics, entertainment, motivational talks and patriotic venues.

As George Martin, Founder of the Bakersfield Business Conference explained:

“When we started the Conference thirty years ago, our motto was Making Learning Fun. The Conference still stands for a mix of humor, lectures, music, motivational talks and patriotic venues to make your experience worthwhile and enjoyable. We want your Conference experience to be casual and we think you will agree that our tent city is a much more pleasant setting than a stuffy hotel conference room or bleachers in a stadium.” 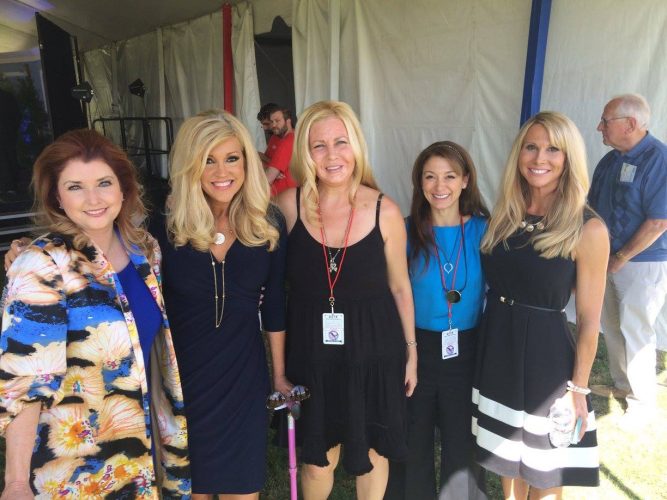 Reporters Courtenay Turner and Michelle Mears-Gerst were also present to cover the event for PolitiChicks.

Of course, the Republican Nominee Donald Trump and his 11-year-old controversial video was the ‘elephant in the room’ that all Conservative speakers were compelled to address at the Conference on Saturday. While most Republicans were saddened and appalled by Trump’s comments, they were glad he apologized. And while many in the media and the establishment have suggested Trump should leave the ticket, most of the Bakersfield crowd agreed that the GOP nominee should stick it out and continue to fight for Americans.

As Dr. Ben Carson told PolitiChicks, “This eleven-year old video is just a distraction from the real issues that Americans are facing today…Everybody needs to get three people who didn’t vote last election to vote for Trump.” 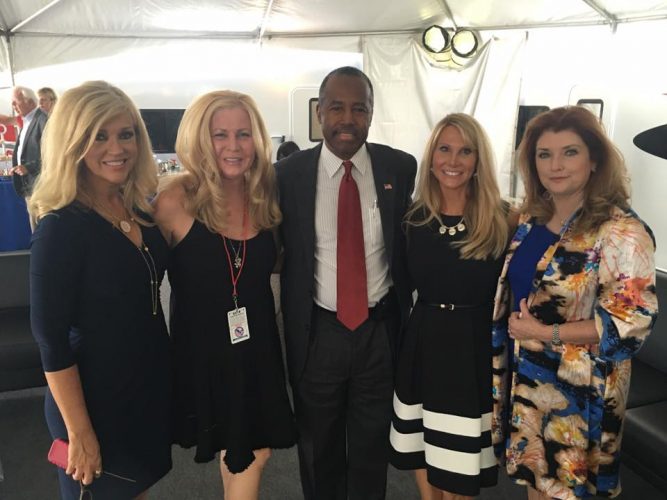 Herman Cain also told PolitiChicks, “If the ‘Never Trumpers’ are thinking of not voting don’t commit the third sin which is not voting. I can’t defend Trump’s statements he made 11 years ago but I am not worried about what he said, I am worried about what Hillary has done.”

Aside from politics, motivational speakers NBA Legend Magic Johnson and Coach Lou Holtz were both huge hits with the Bakersfield guests.

The Bakersfield Business Conference also offered other areas of entertainment, including the traditional Sports Tent sponsored by Bright House (to catch up on the games), and the Olympic Garden where attendees could meet and greet Olympic athletes. The Pepsi Quiet Deal, Ice Cream Pavilion, and the Farmer’s Market were also available for guests to enjoy some treats and have a relaxing break from the heat.

We “PolitiChicks” were honored to be speakers at such a prestigious event and we’ll hopefully be back next time!