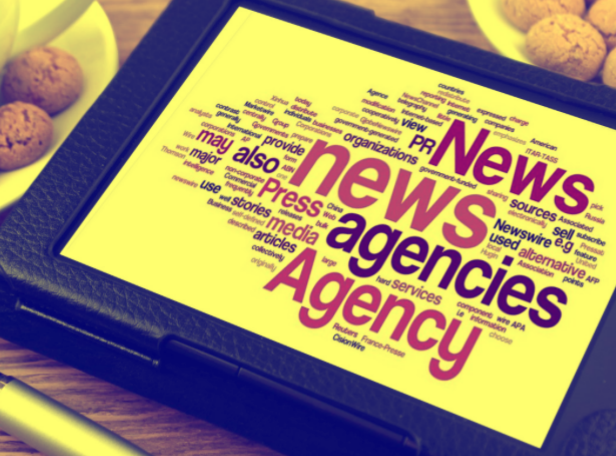 Journalists are an endangered species and the proof is in the pudding. Turn on cable news, any station, anytime day or night and the one thing you will not see or hear is a journalist reporting the news.

News anchors and reporters have been replaced with commentators and talking heads that are positioned to inform the public of the liberal agenda, not give us the news. The media as a whole has decided the American public is ignorant, so reporting the news to us is no longer an option. They need to tell us what to think and if we disagree, then all hell breaks out with the name calling and condescending nod. If a voting citizen is a Republican then they must be a bigot, homophobe, misogynist, xenophobe, basically not worth the air they breathe, according to the media.

The only thing “normal” anymore is the fact that Republicans and their candidate can rest assured that every four years, when the Presidential march begins, conservatives will be targeted, ridiculed, lambasted, and impugned. We wait for it. Whether it be Dr. Ben Carson or business man Donald Trump the media will tell the world they are racist. It comes with the territory. We hear this worn out mantra every single election cycle.

Long gone are the good old days of the evening news. I vividly remember the sixties as a little girl, preceding central air down here in the Deep South so our open windows echoed the nightly news from one house to the next in old fashioned surround-sound.  The affect coming across the news anchor’s desk embodied the number one golden rule of journalism to always, at any cost, maintain the poker face of professionalism. Never let the viewing public see you sweat or know what you think. Just read the news.

Now fast forward to the twenty-first century with social media and bloggers. Where social discourse was once a thing of the past, now it is front and center as news streams live from so many different media outlets. Everyone, their brother, and their dog have an opinion and make it known. The 24-7 cable news reel saturates us with the liberal agenda and their constant state of panic and confusion making it more crucial than ever before that we receive information about our political players that is unbiased and not misleading.

It used to be considered a fireable offense if a reporter tinged a news report with opinion because his exact job is to deliver trustworthy news without personal bias and or innuendo. Emotion was kept out of the syndicated newscasts because the public wants to know the facts, not how the reporter “feels” about the facts.

Aside from weather and sports, politics is the bulk of American news so the biggest no-no of all for writers or news anchors was to express partisanship. This was most certainly the kiss of death in the business. The basic principles of Journalism 101 are to file news articles that are thorough, honest, impartial, and free from any tone of judgement.

During the previous two Presidential elections the media worked as the Obama mouthpiece and now they are employed by the Clinton Family Crime Syndicate. This is why these miserly media members have fully earned the nicknames that Rush Limbaugh has given them. We should not know that “Angria Mitchell” is angry. We should not refer to CNN as the “Clinton News Network”. We should not be hearing the news from a mad Rachael “Madcow”. Real journalists are supposed to question the status quo and challenge what government officials tell us as a check on the balance of power. Instead the media of today is part of the Democrat machine and crafts their news to attack enemies of the state, aka the Republicans.

Today’s media are so cushioned and insulated in their professional circle that they are completely blind to their image. They are unaware. On-air alone, they spend an inordinate amount of time praising each other for their contribution to any given news piece. They should be ashamed of themselves but at least stop referring to themselves as serious journalists. When the likes of ABC, NBC, CBS, CNN, MSNBC, and FOX present their on-air newscasts it is a Liberal reality TV show just like ‘you know who’ used to have.

And speaking of Mr. Donald Trump, the media should be shamefaced for their constant belittling, slandering, snickering, and name calling of the Republican nominee. The minute he entered the ring he should have been given respect for the move but instead the so-called professional journalists of our time began with an onslaught of insults that has reached a fevered pitch.  Despite their intimidation tactics and belittling, he is neck-and-neck with the infamous Hillary Clinton.

The people responsible for informing American citizens of the state of our union, the workings and the meanderings of politicians, the paper trail of our tax dollars, the responsibility of our legislators, and where they sign on the dotted line, is the media.

The Center for Governance and Democracy in Washington DC did a study in 1999 of restrictive media laws in post-communist countries. They released recommended guidelines for the media when promoting a democratic government.  Our Government recommends the following:

“[P]rint and broadcast media in many African countries leave little scope for dissenting opinions and, therefore, public debate. Such are the obstacles to media freedom. The U.S. Agency for International Development (USAID) and its partners have attempted to address these obstacles and to develop media sectors around the globe that would contribute to democracy. As such, support for media is an important prong of U.S. democracy and governance assistance. USAID’s objective of the increased development of a politically active civil society provides a strategic rationale for media related activities. In addition, a desired result of an enhanced free flow of information broadly states the Agency’s target for media activities.”

But as is typical with Democrats, they believe in “do as I say not as I do”.

The flustering fact is that they do not grasp reality. Entertainers like Chris Matthews, Chris Hayes, Tamaron Hall, and Wolf Blitzer are so seriously impressed with themselves they do not see their own reflection and absorb how far they are removed from earnest journalism. It is not at the discretion of the news media to give us their opinion and an opposing opinion, just to be “fair”. Citizens want the facts only when presenting the news. I find it astonishing to hear them making fun of Mr. Trump for his reality show and beauty pageants because they think they are above that type of television viewing when they are in the very same business. I have a news flash for the Morning Joe crew: I laugh when I watch them.

This past scorching summer Hillary Clinton hissed that Trump supporters are deplorable. When she made this most obnoxious dig at conservatives she perfectly described the corrupt news media, not the millions of Americans who support the newest kid on the political block.   This fact especially upsets the elitist media members because they do not approve and have been helpless, at this point, to stop him.

With the deplorable behavior of the media coupled with the idiocy of liberal leaders, the dumbing down of the basic American education, and educated fools at the helm of our universities, it is no great wonder America has so many problems.

I must add that females in this news media business—on both sides of the aisle– have a stark contrast with their dress and professional occupation that is a platform for power. Sex may indeed sell but I do not want to see a news anchor or commentator dressed like a hootchie-momma discussing ISIS, or the weather woman’s new implants spilling out onto poor Montana as she leans over to point her weather stick. These women need to take off the cocktail dress and put on some sleeves.

As for the end of this election cycle, I hope the Beltway hospitals are stocking up for the biggest disaster in history. I think it prudent that DC prepare for Election Day with some mock performances of the calamity they are facing because if Mr. Donald J. Trump is voted in as the President, the first Tuesday in November you can bet it will send droves of Liberals for emergency care.

World Health Org: Failure to Find Partner To Have Children Is Now A DISABILITY