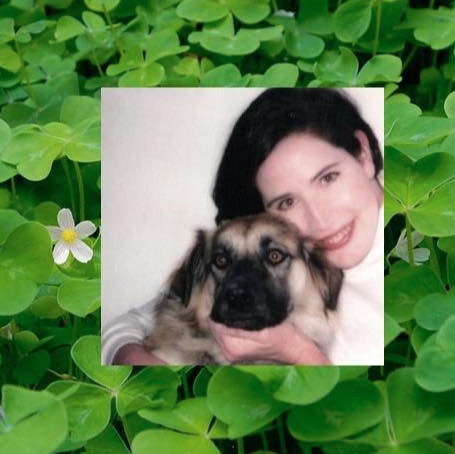 The first time I met Maureen Mullins was via email in 2013 after she was referred as a potential writer.  Her writing was excellent, and her passion about conservatism instantly made her a PolitiChick.  Maureen was adamant about keeping Benghazi in the public forefront and many of her Politichicks article reflected that.  As recently as August she sent me a very detailed article about Hillary Clinton’s possible neurological problems, which she saw as similar to her own.

On a personal basis, Maureen was a constant source of inspiration for me.  She was one of my favorite ‘touchstone’ friends, keeping me focused on what was truly important in life.  Despite the healthcare issues she dealt with on a daily basis, she was always hopeful and uplifting and funny.  So when I learned on Tuesday that Maureen had died I went into a state of shock and deep sadness.

Maureen and I shared many conversations about health and healthcare or, in her case, the lack thereof.  Some of the things she wrote about were absolutely heartbreaking and alarming. I always asked her if she needed help but she always said ‘no’, instead asking for prayer and my friendship, which I happily gave.

Maureen often talked about writing an article for PolitiChicks describing her difficulties in receiving quality healthcare, especially in her case when she had devastating health problems but didn’t have family to help her.  Maureen’s only option was to live in a ‘residence boarding house’ (aka glorified nursing home) and some of the stories she told were horrifying, David Copperfield-esque.  She was only 51 at the time.

Because she was never able to complete the article about her healthcare nightmares, the following are portions of some of our email conversations in which she chronicled some of the hellacious problems she experienced.  In November 2014, she wrote,

I am okay, do not worry, but you know I have been hospitalized three times since you had me join the Chicks, the last almost exclusively due to the poor behavior of the so-called caregivers here in this residence boarding house which I have been stuck in since the end of February. Their inconsiderate behavior continues no matter how many discussions and explanations with the owners/administrators.

Part of my difficulty is with the state of California, because I am only 51 and not in need of daily routine care from staff, I don’t need diaper changed nor assistance with bathing dressing, etc., I require a waiver; no other establishment in the Bay Area would accept me back then. But because of the staff and their lack of professionalism, I have deteriorated physically — where once I was able to live in my own apartment, get around it with the assistance of a walker, actually cook on the stove for myself, since returning from my lat in-patient on July 3rd, I am barely able to take the few necessary steps required to get from the edge of my bed to my power chair situated by the room door.

This house has become impossible; the rudeness of the two old non-dementia male residents untenable. One day when I am far away and once again at peace I will tell you what they have done.

The good news for me: when I was so miserable in June, one of my friends offered to let me have a bedroom and a bathroom in the home she shares with her son. Right now as I type there is a contractor getting the bathroom re-done so it will be safe for my use. She lives in Texas, just up the highway from Austin. No set travel date as yet, the contractor is supposed to be done by Thanksgiving so as long as the weather cooperates, I think I will be outta this joint sometime in the first week or two of December. More of God’s plan, for out of my suffering came this wonderful piece of hope and joy.

I wrote back to her about being happy about her “new life”.  She answered,

I have only touched upon the difficulties, one reason I am in this awful place is due to my not wanting to be stuck in a nursing home. I was promised that this situation would be different than what I had in those, that I would have not just my own room but peace, that if I wanted to be with the other residents I would have to go out to the front room, otherwise I would have my own space, my privacy…It has been nothing like that whatever. I am almost drowning in their noise, their disruption, the staff here … people have no idea the physical damage they have done me.

My moving to Texas means real peace, hopefully I can recover some of what they’ve taken from me here, and we can have the chance to be together, share space. I will ask Him to please do that for me, help me see that wonderful gift happen. You ask too, since He does listen to us both.

(UPDATE:  I’ve since learned that Maureen’s Texas deal fell through and she wasn’t able to move there after all and she ended up living in her ex-husband’s house.  Her parents were elderly and in poor health so they couldn’t help her.)

Based on her own neurological problems, Maureen often wrote about Hillary Clinton’s possible brain damage:

Remember my piece on Hillary Clinton’s glasses, the argument that Rove called her brain damaged, I explained he correctly said brain injury.  The difference? Injury has been done to my brain stem, Ann-Marie, initially from the spinal fluid trapped, pressure both inside and outside — but what has come later, it has been battery and no matter how much I explained and begged, the on-going inconsideration causing it has been cruel.

I would like to do a piece with a title ‘When Caregivers Don’t Care” — perhaps be able to tie it to ObamaFraud, since I was sent to the hospital because of them, as that gets more and more of a hold on medical care, it’s only going to get worse. No one listened to me before that passed, my years of experience with our version of socialized medicine, Medicare, which I was forced into by law, no opt-out for the conservative me.

When my son was diagnosed with Multiple Sclerosis in 2015, Maureen was one of the first to contact me.  Knowing the difficulties she was going through, I told her how grateful I was that she  had taken the time to write to me.  She responded, “I have so few instances of caring or kindness, there are times I hear something and wish I could shout ‘If only you knew.'”

She continued, “My main point for writing today, I want to know if you have any news/progress for Jason. One thing I remember, how hard it always was on my mom to have to watch, to help, to know what I was going through — as difficult as the physical, especially the pain, it has got to be harder on your mother’s heart…I am praying every day, for Jason, for you and Mark, hang on dear friend — the answers are there.”

Maureen adored Dr. Ben Carson and she supported his presidential bid.  She often wrote about wishing he could have treated her when she was initially being diagnosed:

What I would not give to have known Dr. Ben Carson in 1988, 93, in 97 when they couldn’t figure out what was wrong and I got the “live with it” line. That visit, I remember sitting on the exam table and having the neurosurgeon tell me, “Maureen, you must understand, you are 34 but your spine is 80.” I am 51 now, Ann-Marie — you do the math. In 2002 when my left foot started turning in and I needed assistance to walk … maybe if I’d had Ben Carson as my doc and not the others, his knowledge would have deduced, or he would have seen what was clearly shown on the MRI, and it would not have gone past the point of no return, as occurred by the time I was sent to the Chiari Institute in Long Island NY Aug of 2007.

Maureen loved dogs almost more than people; she loved posting memes of Snoopy on Facebook.  Her posts always made me smile.  She was also a big fan of AlfonZo Rachel.  I was trying to figure out a way to have them meet each other; I wish I had tried harder.

Thank you, Maureen, for your passion, your friendship, your courage, your sweet loyalty to PolitiChicks, and for your love for America.  You are one of the reasons why I do what I do and you will inspire me, and so many others, forever.  Rest in peace, my dear friend.

The New America: "Capitalists Are Evil"