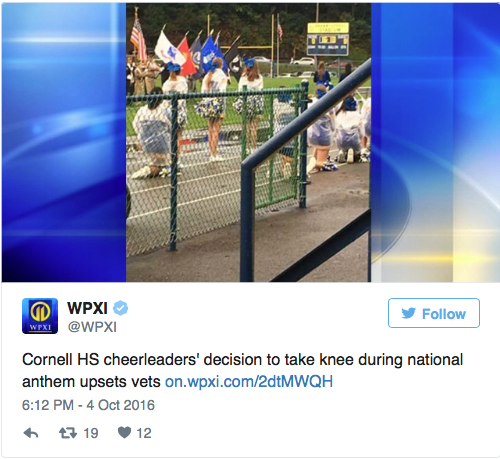 As our country has descended into madness, a curious question popped into my head: Has political correctness made the bully the antihero? It’s the kind of question that makes you wonder if you are a bad person for even thinking of it. Who wants to see someone bully someone else? Under what circumstances would a fundamentally good person ever root for a bully?

In a perfect world, everyone would be nice to everyone else and we could all live in an utopian paradise and sing songs by the campfire at night. Most sane people become disabused of such preposterous notions by the age of 5 or 6. It comes down to this: There are good people in the world and there are bad people in the world. Everyone is not nice and people do horrible things to one another.

Unfortunately that hasn’t prevented all people from seeking such a society. It’s starts out with a concept that everyone should have the same advantages and that everyone should benefit from the labor of everyone else. Those who have too much are decried as evil and selfish. The argument against the wealthy is that they should share their good fortune with others. It’s also presumed that those who are wealthy must have earned their fortunes by taking advantage of others – and so it begins.

The reality is that every person has their own concepts of morality. It’s impossible to ever create a society where everyone will agree on everything. Individuality becomes a liability. The solution to that problem is to have a central authority define what is and isn’t acceptable.

The more gullible, clueless, and misguided members of society actually embrace the imposition of a universal moral code. They perceive it as a victory for those whom they perceive as victims of society. They never consider that they will ever become the victims themselves. They don’t have the ability to design and control the society, but they are convinced they know who is qualified. What could go wrong?

I just described the reasoning for those who believe in communism. Anyone who loves liberty should see communism as one of the most evil words in existence. Yet, to maintain freedom, we must always be mindful of communism. The protection of liberty requires vigilance.

I want to live in the United States of America, not the United Socialist States of America. I never thought I would live to see the day where I find myself wondering whether I will soon learn what it’s like to actually live in a communist country. I want to be able to speak my mind and not fear being persecuted. I want to practice my Faith without being told the foundations of my religion are flawed. I want the freedom to pursue my dreams and personal success without the government standing in the way.

There has never been a successful communist society in the history of the world. No society ever benefits from communism. Communism leads to horrible things: Persecution, fear, waste and death.  If you say what you aren’t supposed to say, or express a view that conflicts with what the central authority says, you can expect to be labeled a horrible person.  Your reputation will be destroyed, and you become the object of vilification. If religion stands in the way, too bad. Unfortunately that sounds like present day America.

Surely those in charge of government will protect our basic liberties, right?  Don’t count on it.  Obama and Clinton don’t care about the first amendment (unless you agree with them). As for the second amendment, in which we are able to arm ourselves to protect our rights against lawless tyrants, they don’t care for that either. So at least we have the free press to protect us, right?  Surely they should be the champions of free speech, and we can depend on them to invoke public outrage if our constitutional rights are trampled. CNN and other news organizations will surely cry foul, won’t they? No, they stopped practicing journalism long ago.  Well maybe at least those “dirty capitalists” will get there comeuppance for having the audacity to build wealth off the suffering of others. Everyone will be on equal footing – no more rich people or elites.  Just one little problem: Justice, too, will be meted out.

Communist-based governments are corrupt. People acquire great wealth through their position in government, not through successful capitalist endeavors. Hillary Clinton isn’t a capitalist in the conventional sense, but she and Bill are super rich in part because their fellow elites made them so. In a communist government the elites are the government. Justice disappears.

I’ll admit it, I’m terrified; but how does this make the bully the antihero?

On September 30, members of the Cornell High School cheerleading team knelt during the National Anthem. These little clueless ingrates knelt during the National Anthem in the presence of a color guard comprised of Veterans of Foreign Wars. Freedom isn’t free. Who the heck do they think paid the price for the freedom they enjoy? It was men like those present at that game. It brought those men to tears. It was the height of disrespect and an utter disgrace.

As a country, whose feelings should we put at the top? Our veterans.  What did those heroes think seeing those cheerleaders disrespecting them in public?  Were they thinking of their buddies blown to bits, how they risked their lives, suffered from the toll the war took on them?  I believe in freedom of speech, but I don’t have any use for people who live in this country and disrespect the Red, White, and Blue. Veterans come first. Let’s protect their sense of pride and honor their sacrifices. Let’s look out for their feelings, not the feelings of spoiled teenagers.

America needs a huge smack in the face. It’s time to wake up! When kids would rather emulate some idiot quarterback who decided he hates the American flag instead of men who went to hell to give them the freedom they enjoy, something is totally messed up. It has zero to do with racism. If someone wants to bring about change, there are ways to bring that about without dishonoring America. Love it or leave it. I wish them luck if they think they can find a better place to live.

The protesting cheerleaders were derided for their disrespect.  People called them commies, traitors, and cowards until they were reduced to tears.  In this case, I find myself rooting for the “bullies” because sometimes people have it coming to them, in non-violent ways.  Sometimes a bully can make you appreciate what you have and why you need to fight for it.

Perhaps that is the only redeeming quality of the bully.  If there were no bullies, if we never had to face and overcome bullying, how would we develop certain character traits such as perseverance and backbone?  And how can a generation devoid of character stand up to the ultimate bully, an oppressive government? May God have Mercy on our Nation’s soul.