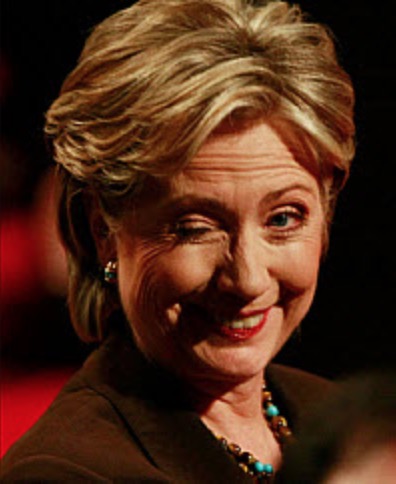 Republican presidential candidate, Donald Trump, has remarked in both his rallies and on Twitter that, “Hillary Clinton has bad judgment and is unfit to serve as President.”

Most of us are familiar with Hillary’s bad judgment using a private server followed by her frequent apologies. Most may not be aware that that apologizes evolved over time.

An article by MSNBC (I know, I was surprised too) traced the evolution of her apology over a six month path:

Clinton tweets: ‘I want the public to see my email. I asked State to release them. They said they will review them for release as soon as possible.’

Press conference at the United Nations: ‘I opted for convenience to use my personal email account, which was allowed by the State Department, because I thought it would be easier to carry just one device for my work and for my personal emails instead of two. Looking back, it would’ve been better if I’d simply used a second email account and carried a second phone, but at the time, this didn’t seem like an issue.’

Interview with CNN: ‘Everything I did was permitted. There was no law. There was no regulation. There was nothing that did not give me the full authority to decide how I was going to communicate. Previous secretaries of state have said they did the same thing. And people across the government knew that I used one device – maybe it was because I am not the most technically capable person and wanted to make it as easy as possible.’

Interview with Univision: ‘The facts are very clear here. I did turn over all work-related e-mails in an effort to help the State Department make sure that their records were complete. And those are the facts. Now that doesn’t mean I will ever convince these partisans who are, you know, trying to make all sorts of allegations. But I think the American people understand that.’

Press conference at Democratic National Committee meeting: ‘All I can tell you is what I’ve been telling you for months, which has the benefit of being true and factual, and that is I never sent any classified material nor received any marked classified.’

Interview with NBC News: ’At the end of the day, I am sorry that this has been confusing to people and has raised a lot of questions, but there are answers to all these questions.’

Interview with ABC News: ‘That was a mistake. I’m sorry about that. I take responsibility.’

In a Facebook post: ‘Yes, I should have used two email addresses, one for personal matters and one for my work at the State Department. Not doing so was a mistake. I’m sorry about it, and I take full responsibility.’ “

But that is only one set of apologies. There are a plethora of others.

At a fundraiser on September 9 in New York City, Hillary speaking of Donald Trump’s supporters, that half of them were “irredeemable” and belong in a “basket of deplorables” adding they were “racist, sexist, homophobic, xenophobic and Islamophoboic.”

The next day Hillary sort of apologized for her reprehensible remark, “Last night I was ‘grossly generalistic,’ and that’s never a good idea. I regret saying ‘half’ — that was wrong,” Clinton said in a statement.

Some Trump supporters tweeted if not half, how many?

We can go back further–in fact we can go back decades to see a pattern of apologies for her bad judgment, her insensitive, insulting, racist remarks and even her lying tales.

Last April, Hillary Clinton apologized for being an advocate for her husband’s 1994 crime bill during the CNN’s Democratic debate.

The following month, Hillary apologized to a Bo Copley of West Virginia, who confronted her over comments made at CNN forum in March about her putting coal miners “out of business.” Copley recently lost his job at a coal company. With his wife sitting nearby, he told her that he did not know how to explain his job loss to his children.

In 2008 Hillary claimed that as First Lady, when she landed in Bosnia, she came “under sniper fire”. When confronted with by a reporter contradicting her account verses video footage of the event her response was that she “misspoke”. In another exchange when confronted by a voter, she apologized saying it was a mistake.

In her book, Hard Choices (2014), she sort of apologizes, implying it was bad judgment voting for the Iraq war—saying she “got it wrong”.

In 2006, during a speech to the US Chamber of Commerce, Hillary challenging today’s youth in America, “criticized young whippersnappers for not wanting to work hard and for expecting everything to be handed to them on a silver platter,”

The New York Times reported that Chelsea called her mother to complain about the remark.

“My daughter heard that I’d said that, and she called and she said, ‘Mom, I do work hard and my friends work hard. And I said, ‘I’m sorry, I didn’t mean to convey the impression that you don’t work hard,’ future.”

Then In 2004, Hillary prefacing a quote by Mahatma Gandhi, she says, “He ran a gas station down in St. Louis.” Three days later, Hillary apologizes for the insensitive stereotyping remark.

In 2000, as Senate Candidate, Hillary leaves a restaurant without leaving a tip. (The owner had paid for her order.) Waitress Tricia Trupo told the New York Post that Mr. Clinton called to apologize—but “she didn’t offer me any money to make up for it,” Trupo, an uninsured mother of an 11-year-old son, earns $2.90 an hour before tips.

In 1992, when she and her husband were interviewed on “60 Minutes”, Hillary had to apologize for implying that the interview had been altered “because the ’60 Minutes’ interview I saw on the air appeared to me to be tougher that the one I remembered experiencing while it was happening.”

Those are a lot of apologies.

Four years of a Hillary Clinton’s presidency looks like it would wind up as an apology tour for her chronic personal blunders.

Maneuvering Through This Land of the Blind