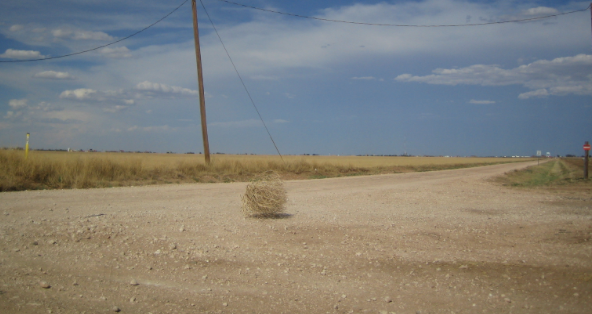 (Note: The views in this article ABSOLUTELY DO NOT reflect the opinions of either Politichicks.com nor the author.  You’ll understand why shortly.)

Everywhere you go it’s undeniable: The American people are nuts about Hillary Clinton.

Everyone only ‘liked’ Ike but they are madly in love with Hillary. Who can resist her down-home charm and lovable antics? She has become America’s favorite grandmother, a person who lovingly extols wisdom and virtues based on lessons learned over a lifetime. The fact that she has adhered to and abided by an unassailable code of ethics only enhances the moral authority with which she speaks. She has never done a single thing to compromise her integrity.

Make no mistake about it, we are witnessing a phenomenon. Never before have we had such an easy choice to make. Only a complete maniac would dare consider casting a vote for a mean, nasty and dirty old man like Donald Trump. You’d have to be certifiably insane to choose him over such a wonderful person as Hillary Clinton. She communicates with the American people in such an effective and practical manner that she truly has no peer. She speaks with a tender yet firm voice. A voice that simultaneously combines strength with compassion, firmness with understanding, and confidence with contemplation. When you hear her voice it leaves no doubt that she really cares about all Americans. So great is her capacity to love, she cares not only about Americans, but every citizen of the world!

She has connected with the American people. She gets us. Hillary isn’t the daughter of a fabulously wealthy family such as the Kennedys. No. She comes from humble beginnings in Arkansas. She isn’t just some disconnected politician out for glory, power, and personal enrichment. She is a dedicated and selfless public servant beyond all reproach. She has earned and deserves our unbridled trust. It’s almost as though God Himself decided to create the perfect politician to guide the United States. At this point could any sane person really question whether any of her decisions as President won’t in every instance be the correct course of action? Is it actually possible that failure to support Clinton is tantamount to high treason?

If anyone had any doubt as to the complete righteousness of Hillary’s candidacy, that doubt has been utterly quashed by the free and independent press. If America enjoys one thing, it’s the journalistic integrity embodied by our mainstream media. We have the best journalists in the world. They understand their obligation to the public, which is to provide comprehensive and unbiased news stories. While still exhibiting a slight bias towards Donald Trump, the media has nevertheless taken notice of Hillary. She is gradually winning them over. A few have been unable to hide their enthusiasm for her candidacy, but who can really blame them? If you worked for CNN and Hillary called you and your co-workers every night via Skype and read you bedtime stories, how could you possibly utter a bad word against her?

Therefore I am at a complete loss as to how Clinton’s Vice Presidential Running mate, Tim Kaine failed to draw a large crowd at his rally in West Palm Beach this past Monday. I have seen estimates ranging from 30 to 300 people. In the interest of fairness though I will try to explain why he had such a low turnout. I feel it my duty as an American citizen to provide the public with answers because let’s be honest: Is it fair for us to always expect The New York Times and Washington Post to always pursue the unvarnished truth on our behalf?

Here is what happened:

Clearly the election is a mere formality. I have no reason to question the polling numbers, so it really isn’t necessary for the Clinton campaign to continue campaigning. They need to start focusing on transition. The fact that Kaine was even there to speak is just another further demonstration of the Clinton campaign’s utter devotion to the individual rank and file American citizen. I’m sure people were confused. It is the rare Presidential candidate indeed that holds such events when it is plainly obvious they are going to win all 538 Electoral Votes and 90% of the popular vote.

The event was held at 3:30 in the afternoon. Apparently this must be rush hour time in West Palm Beach. I’m sure there were thousands of enthusiastic supporters forced to sit by helplessly in traffic. I also wouldn’t discount the possibility that the Russians (with Trump’s help) conducted a disinformation campaign aimed at the rally. I bet supporters erroneously showed up at odd hours…maybe anywhere between 8:00am on Monday and 3:30am on Tuesday.

Also, it’s possible that the low attendance was a sort of ‘thank you’ from the American public to Tim Kaine. If you are speaking in front of only a handful of people, you are going to feel less obligated to give a long speech. It was an unbearable 81 degrees on Monday. No one should have to speak under such conditions. That kind of weather can make you pass out. Therefore, the low attendance actually demonstrates the virtually unanimous support for the ticket. The message was clear: ‘It’s ok Tim. We appreciate what you are doing. Now let us do something for you. Just do a short speech and get some rest. You deserve it.’ Such heartfelt support all but brings me to tears due to its unprecedented sincerity.

The most likely reason for the low attendance is that everyone has already attended a Clinton-Kaine rally. I got mine out of the way early (I went to the one held in Saudi Arabia). If you haven’t already heard someone tell you what it’s like, I won’t spoil it for you. Suffice it to say such rallies can best be described as somewhat less than a religious experience but more moving and patriotic than the greatest 4th of July Celebration you have ever attended. Most say it’s such a zen-like and deeply personal experience that you feel like you are the only one there.

The main thing to remember though is that the Kaine rally in West Palm Beach clearly demonstrates yet another reason why Donald Trump is dangerous to this country and unfit to serve as President.