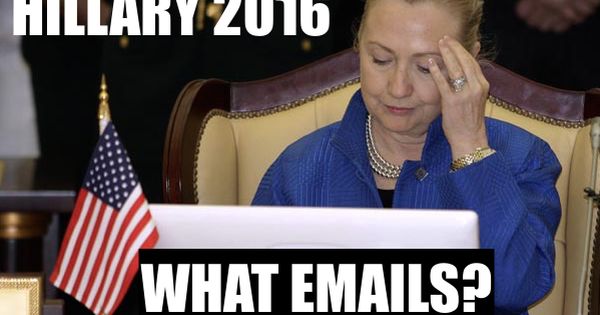 The Hillary Clinton email scandal just continues to unravel by the day.  As layers and layers of deception and corruption are uncovered we learn how devious Clinton and her cronies really are.

In a Fox News exclusive with Chief Intelligence correspondent Catherine Herridge, she lays out how the manipulating of “classified” documents was so convoluted that it was intentionally intended to confuse the FOIA requests and the legal system looking into it.

In the 189 pages of redacted FBI witness interviews we find out that there were “two bankers boxes” of Hillary’s emails that have gone missing.  We also find out in the interviews “the serious allegation that senior State Department official Patrick Kennedy applied pressure to subordinates to change the classified email codes so they would be shielded from Congress and the public”.

No one has an explanation for any of this, especially Clinton attorney David Kendall who has been tied at the hip with both Bill and Hillary throughout their decades of scandals. He can’t seem to account for the missing boxes of emails either.

In the documents provided by Kendall’s law firm, the witness told the FBI they were “unable to locate any of her emails from January-April 2009.” This timeframe is crucial as it covers the start of Clinton’s term as secretary of state and when she set up a private server for all government business, in turn skirting public records laws.  Hmmm….could that be why those boxes are missing?

Emery McClendon: Hope For Greatness or Doomed For Failure

Did the Second Debate Shift the Presidential Race?