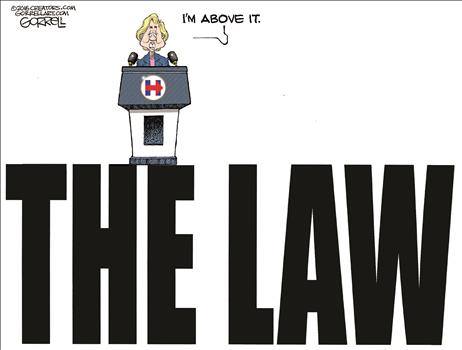 Just like many Americans, several FBI agents under FBI Director James Comey have been disgusted with the outcome of Hillary Clinton’s email investigation. While Comey came out on July 5th to declare that Hillary was negligent in the email scandal, he also recommended that no charges be filed against her.

An insider at the center of the more than year long DOJ and FBI investigation into Hillary Clinton’s private email server is speaking out, and that person has a lot to say, according to Fox News.

“The decision to let Hillary Clinton off the hook for mishandling classified information has roiled the FBI and Department of Justice, with one person closely involved in the year-long probe telling FoxNews.com that career agents and attorneys on the case unanimously believed the Democratic presidential nominee should have been charged.

The source, who spoke to FoxNews.com on the condition of anonymity, said FBI Director James Comey’s dramatic July 5 announcement that he would not recommend to the Attorney General’s office that the former secretary of state be charged left members of the investigative team dismayed and disgusted. More than 100 FBI agents and analysts worked around the clock with six attorneys from the DOJ’s National Security Division, Counter Espionage Section, to investigate the case.

“No trial level attorney agreed, no agent working the case agreed, with the decision not to prosecute — it was a top-down decision,” said the source, whose identity and role in the case has been verified by FoxNews.com.

A high-ranking FBI official told Fox News that while it might not have been a unanimous decision, “It was unanimous that we all wanted her [Clinton’s] security clearance yanked.”

“It is safe to say the vast majority felt she should be prosecuted,” the senior FBI official told Fox News. “We were floored while listening to the FBI briefing because Comey laid it all out, and then said ‘but we are doing nothing,’ which made no sense to us.””

Two Minute Video Says All Anyone Needs to Know About Hillary Clinton.