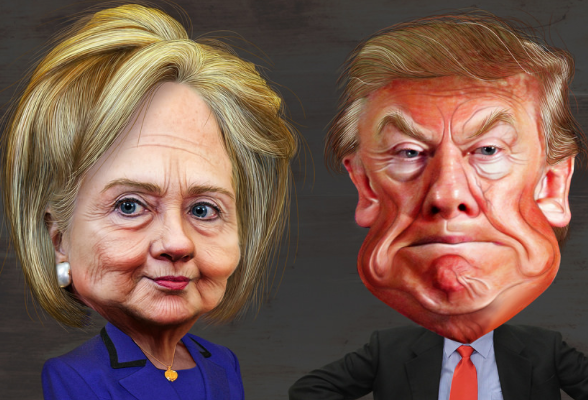 When the call was made for us to come out of silence eight years ago to stand up against the tyranny proposed upon us by the liberal progressives, we did so because our goal was to stop the socialist program called Obamacare, and to insure that we could continue to live in a nation that was built upon the Founders dream. We marched, and we rallied then, and now we must do it again, but this time to stop one Hillary Rodham Clinton.

It was our desire during the early days of the Tea Party Movement that we would have a unified America once again so that every citizen could pursue life, Liberty, and the Pursuit of Happiness. We must continue to pursue the American Dream for our posterity with a continued call for limited government intrusion.

All we wanted was for America to continue to prosper as a nation, by following the principles of our Constitution. We believe in a Government that is fiscally responsible, debt free, and one that will allow its citizens to enjoy personal freedom, and liberty. These are the principles that are the building blocks for success.

The Founders sought such principles to protect us as citizens. They didn’t want a powerful and intrusive big government system that would shackle us with high taxes, and needless government regulations.

As citizens of the greatest nation on the face of the earth, we all strived to remain a nation where every American would know that his or her dream rested upon their individual efforts, not upon a handout from the government.

This is in grave contrast to the Hillary Clinton campaign slogan, that we are “Stronger Together.” The truth is, we are only as strong as our weakest link.

Under the leadership of Progressives such as Bill Clinton, Barack Obama, and others, America has become weaker, and many have become dependant upon social programs and government handouts, while those of us who work the hardest are forced to carry the load. This is a formula for failure!

Hillary Clinton has made it known that she will continue these polices and will take them to new extremes if she becomes our President.

She wants to increase taxes on the middle class, increase immigration quotas, confiscate our guns, expand Obamacare, and look the other way as we are being invaded by those who seek to harm us with acts of terrorism.

In short, it will be more of the past eight years. We cannot allow that to happen this November or we will cease to be the America that we have known, and enjoyed.

Are you willing to sit by and allow America to vanish and become a relic of the past? Do you want to be like the rest of the world, or should we continue to be the greatest nation on this planet? The choice is ours.

If we are to remain prosperous, now is the time to decide our fate. This election is very important, and much is at stake.

So I ask, do you want to “Make America Great Again”?

If so, Hillary Clinton, and her husband Bill, must be denied access to our White House this November. The destruction that they did while her husband Bill was President, they will do even more of the second time around if she is elected.

Let’s face it, Mrs. Clinton has had her time in public service, and she has failed us miserably.

FAILED as a First Lady, FAILED as the overseer of Hillary Care, FAILED as a United States Senator representing the state of New York, FAILED at defending national security, and most notably she FAILED as Obama’s Secretary of State. Have you forgotten BENGHAZI, or her scores of other scandals?

As a candidate for POTUS she has claimed scores of times that she doesn’t remember details, and she has destroyed thousands of emails in an effort to cover up her illegal criminal deeds, and she blames a lot of it on her daughter Chelsea. We know better.

She and her husband have become rich through the Clinton Foundation, and Chelsea is going along for the ride.

President Obama stood on stage during the Democratic National convention of 2016 and stated, that NO person has ever been more qualified for the office of POTUS than Hillary Rodham Clinton. He even included himself and former President Bill Clinton. His wife Michelle has said it too!

Are we to assume from that statement that Mrs. Clinton was smarter than the Founders of our nation, or many of our past Presidents?

Obama must have been out with his old Choom buddies prior to that speech! The smoke must have clouded up his mind as well as his eyes! Something had him in a daze!

America does need to be restored, and we must return to our Founding Principles, or we will perish. We must remember where we came from, and ask Almighty God to lead us as we seek to return to our former path. I Chronicles 7:14

Our children must be taught the correct history of this nation, not revisionist history, or common core, and we must restore our place in the world as a strong and respected leader.

Can you imagine a world without a United States of America! Where would there be hope for those seeking to be free of oppressive governments? America must remain a beacon of light for the world.

We must protect our business interests and rebuild our infrastructure. We must remove excessive regulations from businesses to allow them to create jobs, STOP Political correctness, stop the under the table deals, return to respecting our Constitution and our Flag, take care of our Veterans; and rebuild our military, and rebuild respect for our Police Officers and public servants.

The Obama agenda of transforming America must be reversed!

Did you know that Mr. Clinton used the same slogan in 1991 in Arkansas, and again in a speech that he delivered in1992. On camera he stated,”I want to attack these problems and make America great again.” Why isn’t the media calling him a racist?

Instead, Mr. Clinton wants to brand our candidate as racist. He has proclaimed to voters in Orlando, Fl that “If you are a white Southerner, you know exactly what it means, don’t you?” “What it means is. I’ll give you the economy you had 50 years ago, and Ill move you back up the social totem pole, and other people down.”

When the chips are down, the Democrats will always play the race card!

Making America Great Again has nothing to do with race, but has everything to do with restoring the Founders dream, and allowing our nation to continue to prosper because we are exceptional.

Contrary to progressive thinking the American Dream is not copyrighted.  It is for each and every American regardless of race, creed or color.

If we elect Donald Trump to become our President on November 8, 2016 we can get back on track and begin to Make America Great Again, but we must all do our part to make sure that America is safer, stronger, and unified. The Clintons wont hear us! They will drive more nails into the demising American coffin.

We must not elect a leader that has demonstrated a record of repeated failures, or one who stumbles, and constantly faints and falls, or coughs for minutes at a time, and lie’s to us constantly about bringing America back to it’s rightful place in the world while forcing the liberal progressive policies down our throats.

She does not have you or me in her interests.

She is in it for herself and she believes that it her right to be the 1ST Female POTUS!

Do you agree with her? I don’t!

It’s time to move forward with a person who has displayed successes, not failures. We must put a President in the White House that is surrounded with a group of people that will put America and its citizens first and foremost, not other nations or hidden agendas. We need a person to lead us that can handle national security, respect our military, our Law Enforcement officers, and someone who will make sure that Americans are guaranteed their rightful place in the decision making process. Not those who pay to play.

Hillary Clinton love pay to play because she has appointed herself as the Piper.

Each of us has a role to play if we want to Make America Great Again. We can exercise our role on November 8TH, 2016, and reverse Progressive destruction. So, Let’s Roll!

Freedom and Liberty/Use Them or Lose Them

Dr. Peter Hammond: Will Animals Be in Heaven?