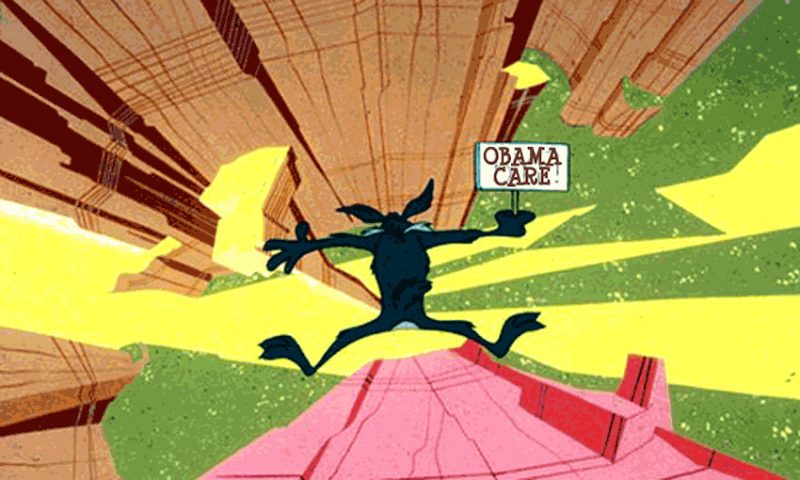 Thieves that they are, Progressives will attempt every con job imaginable to amass as much power as possible, and to establish control over the lives of ordinary citizens. Sadly, the grand larceny we are now witnessing is being carried out through a normal political process. Only, the larcenists, our political leaders, are dressed as the ‘good cops’ while the mainstream media drives the ‘get away’ car.

Needless to say, the government has itself, turned into a giant con operation over the past eight years. In fact, the greatest American heist of all-time has been Democrats “sham-wowing” ObamaCare (AKA “Affordable Care Act”) down the throats of all Americans.

Of course, Obamacare was pitched as a ‘benevolent’ solution to two genuine problems:

1.The health care costs too much in America.

2.Several million Americans who wanted health insurance could not afford it.

These were two aspects of the same problem, because health insurance premiums were unaffordable to many Americans because they had risen along with rising health care costs.

The main reason why American health care costs so much is because the person receiving the service is not the one paying for the service. It’s like going to Walmart, filling up your cart with a bunch of items, and then having someone else pay for it all. Of course, you’d get more than you need because you wouldn’t be the one paying for it. And the party paying for it doesn’t care either, because they raised money through premiums paid for by millions of other people, and they would simply pass the cost off to those people in the form of higher premiums. That’s exactly what has been happening with the American health care system.

So, a proper solution would be to create a patient-centered system in such a way where a person who receives the service, actually pays for the service (such as via health savings accounts). This strategy would create real bargaining and real competition, and would also drastically lower health care costs.

Instead, we got the crap sandwich we now know as Obamacare –which is basically a Progressive program designed to shift control of the health care industry from the private sector to the public sector, from doctors, hospitals, and insurance companies to the federal government.

The program was sold by Obama feigning outrage over insurance companies refusing to grant insurance to people with “pre-existing conditions.”As Dinesh D’Souza explains in his book, Stealing America:

Why would corporations and insurance companies do that? Why would they support the man who publicly excoriated them, and consent to a health care takeover scheme by the government? In the case of corporations, Obama assured them that the law would enable them to drop employees from their health care coverage so that those people would be forced to sign up for the Obamacare health exchange.

Obama also assured the insurance industry that by giving millions of other people the right to free insurance, the federal government would be on the hook to pay for all those premiums. Insurance companies would give up some control to the state, but in exchange, they would get bigger profits that would be, in effect, guaranteed by the state. Corporations could reduce their health care costs by dumping workers and turning over their health care problems to the state. It was a worthwhile deal for these profit-making entities. That’s why they lined up behind Obamacare.

The insurance companies recognized, of course, that Obamacare was a rip-off. But they also knew the target of the rip-off wasn’t them. It was the American taxpayer.” Obamacare was a scheme to extract more money from the taxpayer through a combination of higher taxes and mandates. Today, the ordinary American pays more for health insurance and gets less in return.”

Of course, as the Obamacare architect Jonathan Gruber put it, the Obama administration also had to rely on the American people being “too stupid to understand” Obamacare in order to get it passed into law.

For Progressives like Hillary Clinton and Barack Obama, Obamacare was the ultimate prize. The prize was control of the huge American health care system, representing virtually one-sixth of the entire economy.

“Obamacare put Progressives in charge of more than 10 million doctors, dentists, pharmacists, nurses, and technicians and support staff. Obamacare gave progressives control of more than five thousand hospitals and almost a million hospital beds. The system included hospitals, and also drug companies, insurance companies, and the produces of hospital equipment, not to mention research and educational institutions. Obamacare was a heist with a very big payoff.”

A heist like this is not easy to pull off. It requires extensive theft education. In fact, it requires the education of an Alinskyite con artist like Obama or Clinton.

FAST-FORWARD SIX YEARS LATER, THE GRAND HEIST IS NOW IN AN EPIC MELTDOWN.

And guess who is on the hook again? We are.

“Tennessee is ground zero for Obamacare’s nationwide implosion. Late last month the state insurance commissioner, Julie Mix McPeak, approved premium increases of up to 62% in a bid to save the exchange set up under the Affordable Care Act. “I would characterize the exchange market in Tennessee as very near collapse,” she said.”

“A growing number of people in Obamacare are finding out their health insurance plans will disappear from the program next year, forcing them to find new coverage even as options shrink and prices rise.

At least 1.4 million people in 32 states will lose the Obamacare plan they have now, according to state officials contacted by Bloomberg. That’s largely caused by Aetna Inc., UnitedHealth Group Inc. and some state or regional insurers quitting the law’s markets for individual coverage.

Sign-ups for Obamacare coverage begin next month. Fallout from the quitting insurers has emerged as the latest threat to the law, which is also a major focal point in the U.S. presidential election. While it’s not clear what all the consequences of the departing insurers will be, interviews with regulators and insurance customers suggest that plans will be fewer and more expensive, and may not include the same doctors and hospitals.

It may also mean that instead of growing in 2017, Obamacare could shrink. As of March 31, the law covered 11.1 million people; an Oct. 13 S&P Global Ratings report predicted that enrollment next year will range from an 8 percent decline to a 4 percent gain.”

Not to mention the fact that the nation’s doctors have spoken, and they say Obamacare must go, according to a new survey. It is hurting the quality of health care.

“Nearly two-thirds — 65.98 percent — of the 587 physicians surveyed say Congress should repeal and replace Obamacare, according to a survey by Jackson & Coker.

Just over 60 percent of physicians surveyed were opposed to Obamacare when the bill passed in 2010. After six years of Obamacare, that percentage has raised to 62.42 percent.

“Doctors want the next president and the next Congress to repeal and replace this law with something that is affordable to families and businesses,” Sandy Garrett, president of Jackson & Coker, told The Daily Caller News Foundation. “Those on the front lines of medicine tell us something has to change,” Garrett said. “Even supporters of the ACA say the law needs improvement.”

So, how do we take advantage of Obamacare’s downward spiral and crack this con operation once and for all?

First of all, we need to recognize a con job when we see one. We need to see that Obamacare was a Progressive hack job used to takeover one-sixth of our economy, taking power out of the private sector and putting it into the hands of government bureaucrats.

Thirdly, we have to get these larcenists out of Washington D.C. once and for all.  The perfect way to begin this operation is to vote in the election next month. Vote the cons out of office and vote for the presidential candidate who is more likely to repeal and replace Obamacare (Hint: It ain’t Hillary Clinton).

Lastly, we need to begin teaching our Youth the real story of America–that our nation was founded as an anti-theft society with a Constitutional framework that protects our property, which includes our personal right to make decisions about our own health care.