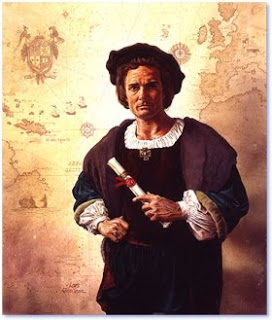 There are counter-historical claims put forward by Muslim and Chinese scholars claiming that they discovered America first. And there are mobs of fake indigenous activists on every campus to whom the old Italian is as much of a villain as the bearded Uncle Sam.

Columbus Day parades are met with protests and some have been minimized or eliminated.

In a number of cities Columbus Day was transformed into Indigenous People’s Day, which sounds like a Marxist terrorist group’s holiday.

After making a shambles of his efforts at socialized medicine, Vermont Governor Peter Shumlin signed on to Indigenous People’s Day. What began in Berkeley, spread to Denver, Pheonix and Seattle, among other cities.

No American state has followed Venezuela’s lead in renaming it Día de la Resistencia Indígena, or Day of Indigenous Resistance, which actually is a Marxist terrorist group’s holiday, but the whole notion of celebrating the discovery of America has come to be seen as somehow shameful and worst of all, politically incorrect.

The shift from celebrating Columbus’ arrival in America to commemorating it as an American tragedy by focusing on the tribes who had settled there earlier, rather than the American settlers, is a profound form of historical revisionism that hacks away at the origins of this country.

The attacks on Columbus Day have less to do with the distant descendants of those tribes, most of whom owe more of their ancestry to the later arrivals made possible by Columbus, than with the agenda of the left.

Anti-Columbus Day protests are mounted by La Raza, whose members, despite their indigenous posturing, are actually mostly descended from Spanish colonists, but who know that most Americans are too confused to rationally frame an objection to a protest by any minority group.

The absurdity is deepened by the linguistic and cultural ties between the Italian Columbus Day marchers and the Latino Anti-Columbus Day protesters with the latter set cynically exploiting white guilt to pretend that being the descendants of Southern European colonists makes them a minority.

If being descended from Southern Europeans makes you a minority, then Columbus, the parade marchers, the Greek restaurant owner nearby and even Rush Limbaugh are all “people of color.”

Italian-Americans are the only bulwark against political correctness still keeping Columbus on the calendar, and that has made mayors and governors in cities and states with large Italian-American communities wary of tossing the great explorer completely overboard. But while Ferdinand and Isabella may have brought Columbus back in chains, modern day political correctness is erasing him from history and replacing him with a note reading, “I’m Sorry We Ever Landed Here.”

But this is about more than one single 15th century Genoan with a complicated life who was neither a monster nor a saint. It is about whether America really has any right to exist at all. Is there any argument against celebrating Columbus Day, that cannot similarly be applied to the Fourth of July? 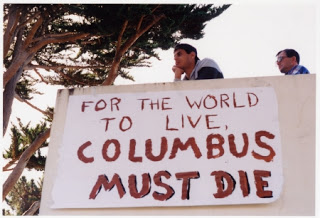 If Columbus is to be stricken from the history books in favor of ideological thugs like Malcolm X or Caesar Chavez, then America must soon follow. Columbus’ crime is that he enabled European settlement of the continent.

If the settlement of non-Indians in North America is illegitimate, then any national state they created is also illegitimate.

It is easier to hack away at a nation’s history by beginning with the lower branches.

Columbus is an easier target than America itself, though the left considers both colonialist vermin. Americans are less likely to protest over the banishment of Columbus to the politically correct gulag than over the banishing America itself, which was named after another one of those colonialist explorers, Amerigo Vespucci. First they came for Columbus Day and then for the Fourth of July.

The battles being fought over Columbus Day foreshadow the battles to be fought over the Fourth of July. As Columbus Day joins the list of banned holidays in more cities, one day there may not be a Fourth of July, just a day of Native Resistance to remember the atrocities of the colonists with PBS documentaries comparing George Washington to Hitler.

These documentaries already exist, they just haven’t gone mainstream. Yet.

We celebrate Columbus Day and the Fourth of July because that is our history. Had the Aztecs, the Mayans or the Iroquois Confederation developed the necessary technology and skills to cross the Atlantic and begin colonizing Europe, the fate of its native inhabitants would have been far uglier. The different perspectives on history often depend on which side you happen to be on.

To Americans, the Alamo is a shining moment of heroism. To the Mexicans who are the heirs of a colonialist empire far more ruthless than anything to be found north of the Rio Grande, the war was a plot to conquer Mexican territory. And neither side is altogether wrong, but choosing which version of history to go by is the difference between being an American or a Mexican.

A nation’s mythology, its paragons and heroes, its founding legends and great deeds, are its soul. To replace them with another culture’s perspective on its history is to kill that soul.

That is the ultimate goal of political correctness, to kill America’s soul. To stick George Washington, Patrick Henry, Jefferson, James Bowie, Paul Revere, Alexander Hamilton, John Adams, Benjamin Franklin and all the rest on a shelf in a back room somewhere, and replace them with timelier liberal heroes. Move over Washington, Caesar Chavez needs this space. No more American heroes need apply.

Followed of course by no more America. 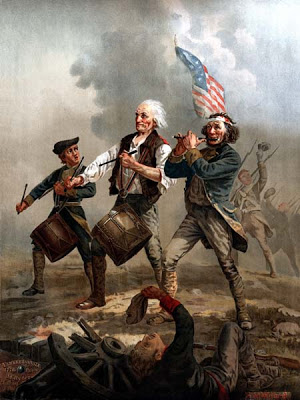 This is how it begins. And that is how it ends. Nations are not destroyed by atomic bombs or economic catastrophes; they are lost when they lose any reason to go on living. When they no longer have enough pride to go on fighting to survive.

The final note of politically correct lunacy comes from a headline in the Columbus Dispatch about the Columbus Day festival in the city of Columbus, Ohio. “Italian Festival honors controversial explorer with its own Columbus Day parade”.

Can the day when USA Today has a headline reading, “Some cities still plan controversial 4th of July celebration of American independence” be far behind?