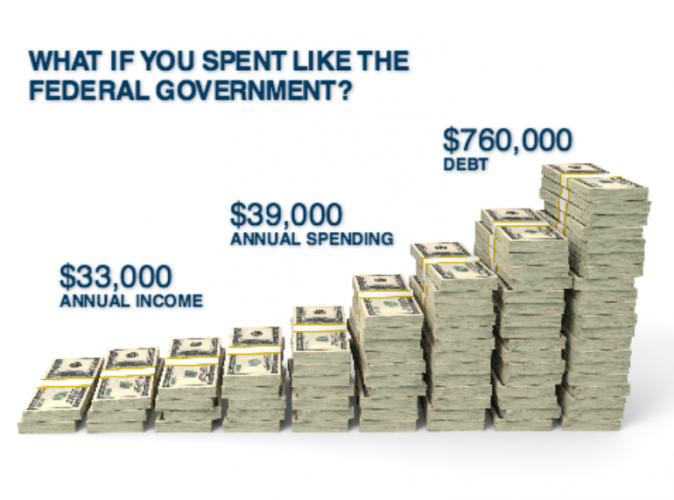 As November approaches, there’s plenty of noise from the presidential candidates when it comes to any number of issues – whether it’s health care, national security, or jobs. We’ve also heard plenty about emails, sex scandals and eleven-year old lewd videos.  But, there’s barely any mention of the national debt crisis.

“The national debt crisis has been exacerbated by leaders on both side of the aisle who have been quick to give more money to their pet projects, while telling the other side to cut theirs. Since 2000, our national debt has more than tripled. Since President Obama took office in 2009, the debt has grown by $9 trillion, or 85%. Today, it clocks in at over $19.6 trillion. In the last fiscal year alone, our national debt rose by $1.5 trillion.

These numbers may seem difficult to comprehend for many families struggling to pay their bills, but it’s those individuals who could be hurt the most if we keep letting the debt spiral out of control. In 2030, by the time current kindergarten students enter college, our debt is on track to reach 116% of GDP. By 2040, the percentage jumps to 151.”

The three programs that gobble up most of the federal budget include: Social Security, Medicare, Medicaid. And now we’ve added a new one known as Obamacare. To raise the money we need to pay for these programs (plus others), an option would be to raise taxes. But we’d have to raise them on everybody, especially the middle class. That means more money coming out of our paychecks. We can’t get what we need just from the rich.

So how do we solve our national debt? As Cato Institute’s Michael Tanner explains, spending on entitlement programs — Social Security, Medicare and Medicaid — has exploded in recent decades. We must slow their growth or they will soon swallow the entire federal budget. In five minutes, learn how America can preserve these programs and get out of debt:

There are a lot of common sense reform ideas out there. But we need to do something soon or the debt will continue to grow. And if we don’t make these changes soon, our youth are going to be the ones to have to pay the bill.